We are united because | Teen Ink

We are united because

Favorite Quote:
Don't Judge a Girl by Her Cover

We are united because? That’s a question our great nation’s been asking for centuries, do you not want to know the answer. Well, many different people would have different opinions, some would say we are united because of our president. Others may think that we are not united at all, they think that we are all on our own and no one cares about anything we say or do. Now, I believe we are united not by our president and I don’t believe we are all on our own, but I believe we are united because we are a nation,now tell me this, why have we not been acting like it? It seems like we have not done anything to help each other or ourselves, since the Revolutionary War.
I know what I say may seem farfetched, but it is the truth, whether you believe it or not. In this county we do not always act as one. Austin K. is a teen writer who has very well inspired me in many ways, in his poem, United, he says “ We separate ourselves between races, We separate ourselves between faces”. What this means, is that even though we are one nation we normally exclude others who are different than us. He also quoted this statement in his article, Why I don’t say the pledge, “We are called the UNITED states of America,but since when were we united” We are a country hanging by a thread and we need to fix it. We are supposed to be one nation, so why can we not just get along and fix our problems.
Our nation is like a group of three-year olds, who scream and yell whenever we do not get our way. It seems like this nation cries when things do not go as we want them to go. I know we have to fight for our freedom, yet it seems people are only worried what is their's and what will make themseleves better. No one seems to care about anyone or anything but themseleves. Why can we not learn to grow up and focus on the real problem at hand. Right now we are going through a recession, which has made many people have to give up their jobs .If we can not even get along for two seconds to help each other, how can help get this country get back in order.

I also said we are united because we are a nation ,this statement is also true because we are still one. We know we do not always get along but we always end up helping each other out of deep holes we have dug for ourselves. We know how to help each other, yet we refuse to show this hospatality all the time like we need to and should do. Why does this country always say we are number one and everyone else second best ? Austin K. refers to America as a rope in his poem, Blind, and the poem says, “Why do we go through life blind, never seeing whats really there.
Not seeing all that passes by,Just living life without a care.
Why do we only look at those, who are famous and of the richest?
When the real america lies,in those who make up the stitches.
The people that stitch us together.The ones that bring us hope.
The ones that tie us all together,in one giant American rope.

But lately the ropes been rather short.It seems that the level of love,
has come crashing down.All it took was a little shove.
Now it seems its all about being perfect,and being what others want us to be.
But all it does is make us something,different than what we want to seem.
The love seems to be dissapearing,and I want it to start reappearing.
Cause if the love is gone, then so is the hope.
And if we do not have those,we are just breaking the rope.” We are showing less and less love in this country and that needs to stop. 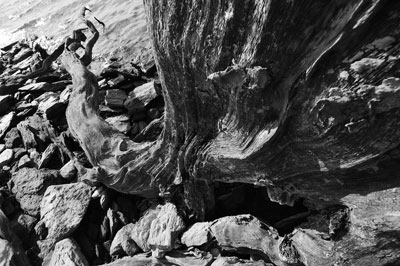