I have always enjoyed watching soccer, and particularly the World Cup. Now, with the forming of the Portland Timbers, I am even more involved with the soccer community and culture. I never anticipated that my love for the sport would eventually lead me to seeking information on communism, yet I found it unavoidable to seek out information when one day while in class another student proclaimed in a rather loud obtrusive voice and a sneering tone that soccer was a communist sport. On one hand I really didn't understand the connection, but on the other hand it was blatantly obvious that the connection was a negative link, and that the word communism seemed to hold a wretched and almost fearful reputation.

My study of communism, and of all government systems, has been brief and quite basic. I had read Richard Wright's "Black Boy" and studied the Red Scare, but I had no in depth examination of the ways the systems functioned, nor the pros and cons of each. Granted, I understood that communism and fascism were polar opposites in definition (more than that of most of my peers), though through studying history the citizens of such governments are often equally unsatisfied and oppressed, yet still, the more I listened to political commentary, "adults", and my fellow students, the more I began to notice the reoccurring theme of communism being the evil of all evils, far above even the dictators of fascism or the ancient tyrants of the old Greek civilization. I, with my limited study in such affairs, could not understand the accusations, especially when most had no basis for their argument or any sort of support. I couldn't comprehend why the name of communism held such a horrible connotation. At that point from what I had read, my understanding was that communism, as a political model, acted by spreading wealth and having equal reward for everyone in society, ultimately eliminating social status in terms of monetary value. In a dictionary the phrase sounded ideal, and I could not figure out the problem. I began to notice that even socialist economic ideas had people up in arms and shouting "commie" while pointing an accusing finger.

Upon my inquiries and search for knowledge I learned a few things: In short, the rulers of communism act in the same manner as the rulers of other systems such as fascism. The aspect of government regulation steals freedom from the people, the brutal scare tactics used by communist leaders, and the oppression of the people.

Even so, when I mulled over these thoughts I still drew lines of similarities between communism and other types of government. I had never tried to argue that communism was a good idea, I just did not understand why communism was held above all other forms of government as utterly nefarious.

Then, from my history teacher, I came by the most valuable piece of information I have received to this day. In the simplest terms, the idea of communism, in its basic and purest form, eliminates the need for effort and dissipates motivation. If all people in society are to be treated the same and there is no incentive to try harder than anyone else, what motivation is there to advance, in a career, technology, or society?

As it is still, I think it quite silly to see some politicians thrown into a mad fervor at the mention of installing half-socialistic ideas into the system, or ignorant youths screaming that soccer is a communist sport.

On the other side of the coin, being an aspiring artist it is hard not to notice all of the negative speech about capitalism and the corruption of big business. It is almost impossible to look at a work of Banksy and not see the anti-consumer message. And I will admit, I find it hard to argue with the compelling pieces of art as well as the refined and straight-forward rhetoric. So who is right? Are we just compliant slaves to corporate capitalism and oppressors to the lower class, or is communism the true villain that it is portrayed to be?

With so many conflicting ideas on how politics should function, I couldn't help but wonder if everyone was just missing the point. Each system has its flaws, and each its enemies. I've come to the conclusion that compromise is the key, and while I will be the first pessimist to admit there will never be a perfect system to satisfy everyone in a society, I believe there can not be a stalemate, with each side huffing and crossing their arms in a refusal to negotiate. There must be progress and a willingness to improve the system, because without progress all we are is another trait of a communist government, or so I've been told. 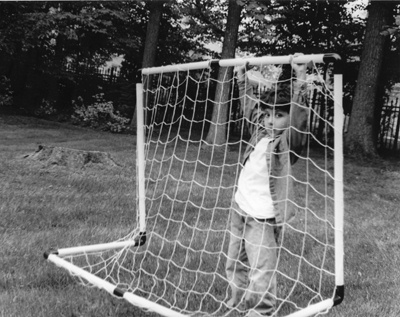 The author's comments:
This piece is based off events from about two years ago, I had just never gotten around to writing on the subject. Yet recently the words presented themselves and flowed so easily that all I needed to do was to hold a pen, so I figured I would write on it now.
Post a comment
Submit your own

Although I am glad you discovered out the obvious fact that Communism and Fascism are not polar opposite ideologies. That notion has been perpetrated by the revisionists of the early "Progressive Movement" who had intellectual ties in both Soviet Communism and particularly Italian Fascism.

As for capitalism being a system where men are corporate slaves, that is absurd and purely Marxist doctrine. In a laissez-faire economy, there would be no distinction or preference granted to either management or labor. Businessness would have to compete on means of sheer ability, without the promise of subsidy or exclusive right granted by government. Labor would be able to sell its own skills in the same manner, competing for greater working conditions and higher pay. The premise that capitalism favors "the rich" or "big business" is a monstrous lie. In a laissez-faire economy, no monopoly could exist for it is the function of the market to eliminate them. Nobody would be granted any exclusive privelige or right to a particular market and all would be free to trade with all, without the threat of government force.

Capitalism is an imperfect system because man is an imperfect being. It is the only system which complies with man's rational nature and demands that if he is to live as a human being, he must stand on his own two feet. Communism is built upon the premise of mutual enslavement. The two ideologies cannot co-exist because they are philosophically incompatable. It goes the same with trends, whether it be N.azism, socialism, communism, fascism, racism, or any other collectivist movement.

That is why we had the Civil War. You cannot have a system of capitalism combined with its inherent contradiction, slavery.