Opinion/Evidence: The United Nations and its Inaction on the Abuse of Uyghurs in China. | Teen Ink

Opinion/Evidence: The United Nations and its Inaction on the Abuse of Uyghurs in China.

“Break their lineage, break their roots, break their connections, and break their origins. Completely shovel up the roots of “two-faced people,” dig them out, and vow to fight these two-faced people until the end.” This quote is spoken by Maisumujiang Maimuer, a Chinese religious affairs official on the topic of Uyghur Muslims, who are put into work camps against their will. The treatment of Uyghurs in these camps is, by the United Nations’ definition, a genocide. The UN needs to recognize this, and take action against it.

In Xinjiang, a region of northwest China, several human rights are being violated. Uyghurs, an ethnic group that makes up nearly half of the population residing in Xinjiang, are taken to work camps and oppressed. Many human rights are violated, including Article 4 of the Universal Declaration of Human Rights: freedom from slavery. According to the BBC, this fundamental human right is broken by forcing Uyghurs of all ages to work in unsafe factories supplying some of the world’s biggest brands. These brands include Apple, Dell, and Nike. Another human right being violated is UDHR Article 18 - this article states that every human is entitled to freedom of religious belief. Human Rights Watch details the way these Uyghur Muslims are being converted and subjected to propaganda with the intent to suppress their religious identity.

Secondly, over a million Uyghurs have been sent to internment camps where they are subjected to these awful conditions. According to BBC News, Article 16 of the UDHR - the right to marry and start a family - is also being broken in these camps. Women are forced to get abortions and limits are placed on how many children couples are allowed to have. Families are split up, and children are placed into schools focused on indoctrination and obedience. Propaganda is announced through speakers while the Uyghurs are chained to beds and isolated. This was proven true when an Uyghur model sent a video of this process happening to his family, who shared it to the public.

Lastly, the UN has not taken action for the violation of Article 16 of the UDHR. The forced abortions done to Uyghur women constitute a genocide under the Genocide Convention, passed by the UN itself. It states that imposing measures intended to prevent births within a specific group with the intention of destroying all of or a part of the group is a genocide. This is exactly what is happening in Xinjiang work camps. Not only that, but serious mental harm with the same intention is also genocide. According to Human Rights Watch, Uyghurs who have escaped or been released from these work camps have considered or witnessed others commit suicide due to the conditions of the camps, which constitutes serious mental harm. Even representatives and members of the UN have worked together with human rights groups and recognized it as a genocide individually, yet the UN itself has done nothing to attempt to stop it.

We need to urge the UN to recognize the Uyghur genocide as such, and make a significant effort to stop these violations of human rights. So take a stand for humanity, write a letter to the UN, share these facts online, and we can start change. 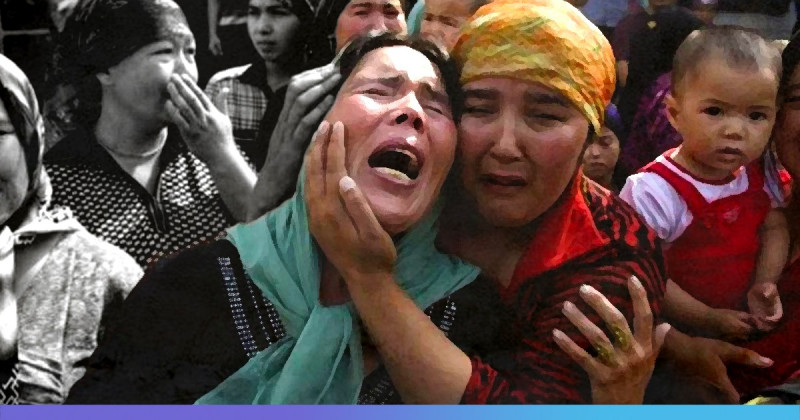 Favorite Quote:
"A man who can read and does not read good books is no different from a man who cannot read at all."

Favorite Quote:
And by the way, everything in life is writable about if you have the outgoing guts to do it, and the imagination to improvise. The worst enemy to creativity is self-doubt. ~Sylvia Plath