My Perspective On Racism | Teen Ink

My Perspective On Racism

In past America, why was slavery a thing? People preach now to “do your own work” when, in the past, the US economy was built off slaves working for things like cotton and not getting paid I don’t understand why people say to “just forget about slavery” as if slavery was nothing. Meanwhile, they wave around a confederate flag saying “well I can fly this around because it’s my history.” Why would you want to fly around a flag that fought to keep slavery? Why would you be proud about that? Why would you be proud of your ancestors beating and torturing Africans? I don’t understand.

“You can’t complain about money when you don’t have a job.” As a thirteen-year-old, sometimes I just can’t comprehend how close-minded some adults are. For example, they don’t think about why people don’t have jobs. Like their race could play a part in it. White employers may be SO close-minded that they can’t even hire a black person because of stereotypes.

Hair. The thing that annoys me the most is the fact that white people can’t accept the fact that their hair isn’t like black peoples, especially women. As a white woman, it makes me sad to see black women need to do things like straighten their hair and end up damaging it. The reason is I know that African American hair can be seen as “unprofessional.” When they straighten their hair they “aren’t proud of their blackness.” When black people do protective hairstyles it is STILL seen as unprofessional but when white people do it it is seen as “trendy.” I don’t understand.

I don’t understand why black people have to fear for their lives every day while I sit in a predominantly white suburb and not worry. I don’t understand why young black kids have to have the “talk” and be taught to “not make any sudden movements” and “only speak when spoken to but don’t talk in a way that seems disrespectful” and “always keep your hands visable because you don’t want them to think you are reaching for something.” I don’t understand.

I don’t understand how some people just don’t care about racism. As someone that racism doesn’t directly affect me, it directs me VERY closely. As someone with a black mom, grandpa, aunt, and cousins, it is a very big issue to me and it is something that I feel very passionate about it. My family and I (even the ones who aren’t black) talk about it because we have people that we see affected by it. None of us can understand any reason that racism can just be excused. 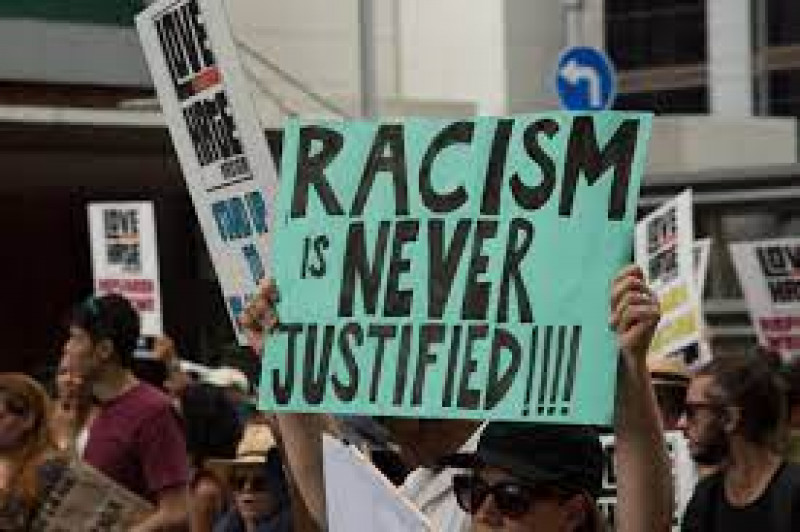