Uighur people in China are suffering silently every day. Uighurs are a Turkic ethnic group native to Xinjiang. Rape, mental abuse, and forced sterilizations are just a few of the atrocities being committed against them. China has no tolerance for religious groups disloyal to its government.  China has massive economic influence, and they have censored all news bringing attention to the situation.

Uighurs are forced to perform menial labor in heavily guarded, gated facilities adorned with barbed wire and surveillance towers. A report shows that from 2017 to 2020, an estimated eighty-thousand Uighurs were transported out of Xinjiang to work in factories in nine Chinese provinces under a government program known as “Xinjiang Aid.” Eighty-three different companies were implicated in the report, including western brands Nike, Samsung, Apple, The North Face, Amazon, BMW, H&M, and Puma. Their respective replies are vague and avoid responsibility. In an interview conducted by a humanitarian organization known as Atajurt Kazakh Human Rights, family members of inmates said that they were sent to work in factories after being indoctrinated in the internment facilities. Even inmates released from the camps were sent to work in factories nearby to continue to monitor and control them. A CCPplanning document from 2018 reported that in Kashgar alone, approximately 100,000 Uighurs were planned to be shipped out to factories. Worse still, as China refuses to budge on its policies, international corporations are taking advantage of the cheap labor by buying from the factories. Whilst the vast majority of textiles produced in Xinjiang are sold in Central Asia, some goods end up in foreign markets like the USA and Europe. Satellite images show that the CCP is even building production lines inside the internment camps.

Hard labor is not the only thing that Uighurs have to endure. Brainwashing to love the Communist party is also prevalent within internment camps. The inmates are heavily controlled in every possible way. Specific bed positions, specific classroom seats, specific eating and washing up schedules. A memo leaked from the office of former deputy secretary of Xinjiang's communist party states that guards should "Ensure full video surveillance coverage of dormitories and classrooms free of blind spots.” Scholars agree that this is actionable evidence that shows that Uighurs are fully indoctrinated and brainwashed into thinking that their past religious activity was “deeply illegal, criminal and dangerous.” The inmates are also awarded on a point system based on their compliance, which can determine if they are allowed to contact family members and their release time. Strict policing entails inhumane practices like cameras in bathrooms. This is done to bend Uighur thinking to the will of the Communist party.

The ruthlessness of the CCP does not end with adults but also involves many thousands of innocent children. Children as young as 5 years old are being held against their parent’s will. Oftentimes, parents of the children reside in foreign countries, and any attempt to retake their children would result in being taken to an internment camp. This is because harassment campaigns against ethnic minorities in Xinjiang only serve to force parents out of the country and prevent their children from leaving with them. It’s always a similar story. Parents flee the country leaving children in the care of family members, only to find their relatives have been put in camps and their children were stolen. The first-hand testimonies of parents are truly despairing. “We haven’t heard the voices of our daughters for the last 1,594 days,” Omer(a former Uighur resident of Xinjiang) told Amnesty International. “My wife and I cry only at night, trying to hide our sorrow from our other kids here with us.”

An estimated 16,000 mosques in China have been destroyed and subject to systematic graffiti in the wake of a policy crackdown on religious freedom in Xinjiang. The destruction of places of worship is a textbook tactic used in the suppression of ethnic groups, in the Holocaust, for example, in which the Nazis demolished hundreds of synagogues in one night. As religious sites have been destroyed, the Muslims in the region have stopped going on pilgrimages. The sheer scale of the destruction is unknown, as Xinjiang is a highly secure area, inaccessible to foreign journalists and researchers. The lack of documentation of the area is also a problem. This razing of mosques is believed to be an indoctrination tactic. The next generation of Uighurs will grow up disconnected from their culture and ancestors.

So, how has the CCP responded to this overwhelming volume of evidence? Simple. They called it western capitalist propaganda and brushed off the situation. The Chinese government has framed its policies as counter-terrorism and anti-separatist. Xinjiang has a history of ethnic unrest and racial tension. A series of terrorist attacks in the region was the final piece of the puzzle for the CCP. They put out a plethora of policies discriminating against Uighurs. Journalists who questioned the government were subject to an “abuse and intimidation campaign.”

It takes no stretch of the imagination to predict that the situation in Xinjiang will only worsen. As China continues to deny wrongdoing and suppress dissidents, the lives of innocent Uighurs are swiftly fading away. That is not to say, however, that all hope is lost. By spreading awareness about this issue, pressure will continue to mount on the CCP to address their policies truthfully. Even just reading this article is a step toward justice and a step to prevent more oppressed people from losing their lives. 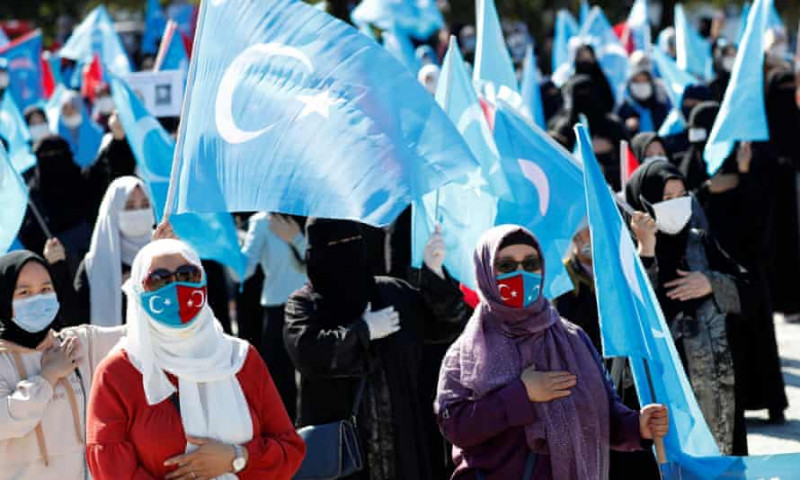