Favorite Quote:
"Never take life too seriously, you will never get out of it alive."-The Delgety Twins
"We never really grow up, we just learn how to act in public."

Let’s face it; school can be more than just books, teachers yelling, students fighting, smart boards, hot sunny days and friends, it can also turn into a ‘battle of the fittest’ or in the this case ‘battle of the prettiest’. Not everyone has long flowing hair or ripped biceps or ‘cool swag’, and for some reason that could prove to be a problem. Everyday a person is judged or laughed at for not ‘fitting in’ with the crowd and it sickens me to the core. Girls are constantly turning to famous women for a cool look while boys tend to turn to protein shakes. In the midst of all this commotion, we lose the vitality of ourselves. We lose the sense of ‘being’ in human being and become human ‘doings’ instead. The picture that we end up portraying isn’t always the correct picture of who we are; it’s usually what we have been convinced to be the correct picture. Few of us have actually sat down and asked ourselves who we really are or what we want. What we want seems to be taking the backseat to everything and the front seat is occupied by image and fame. Frequently, one hears the words ‘Oh my word! What was she thinking!?’ or ‘Does he really think he can get any girls dressed like that?’ It is inevitable that one is emotionally attacked in some way that ends up breaking them. The worst is if it gets to a point where you struggle to convince yourself to get up in the morning and put a smile on your face in pretence that everything is ‘hunky-dory’. I for one know the fact it gets worse than just pushing to get up in the morning. Teenagers from all over the place have different views on this issue, but what it boils down to in the end is that we hurt others in a simple look of disgust or a word they see as the ‘honest truth’. I don’t think that anyone wants to be the one responsible for a suicide case, because really in the end blood and physical pain seem to make the emotional pain and fear to disappear or rather ‘hide’ for a while.
Vanessa* was found on the floor of the bathroom bleeding to death with a note saying how death was the only way out of the pain she was feeling. She wasn’t the only person who had taken his/her life; in fact teenagers commit suicide every year. I asked a few students what their view on this is and they seemed to all agree that it wasn’t right but there doesn’t seem to be a way to stop it. In fact one actually said that “it sucks its stupid to hurt someone because I mean if they hurt you like that you wouldn’t feel too good about it now would you? They don’t know the consequences of their actions so they should just butt out of people’s affairs and appearances. You need to see the bigger picture.”
In my opinion, this is the course of most teenage related problems-if you disregard alcohol-and if we really want to solve teenage problems then we have to hit it at the core which is teenage acceptance. If your child/friend/family member has a problem with getting up and going to school because they are afraid then it could be a serious problem, it isn’t always a joke. We cannot just brush it off and expect it all to go away or to be ok, we have to solve it, and how I don’t know. Sometimes they do it because they have a hunger to be in control or they have their own problems at home but that doesn’t mean that they should hurt others. It hurts to know that someone thinks that you aren’t very pretty or smart, but it can ease the pain when someone tells you that it will be ok or you are beautiful. If you don’t want to dive too deep that you lose your breathe, don’t dive at all.
I’m out 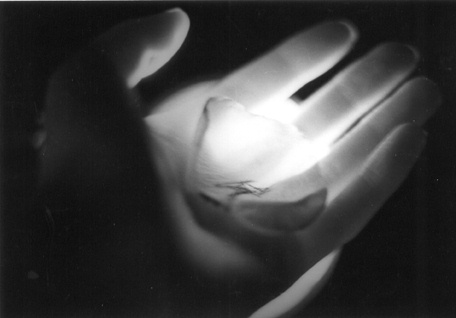 Favorite Quote:
"Don't do drugs, don't have unprotected sex, and don't be violent. Leave that to me.
-Eminem