A Sister's Idol, My Brother?

I sit here looking at the past repeating itself. My brother is 18 and starting smoking weed 3 yrs ago. I have always looked up to him and I still do because I know him better than anyone, I know he wants to quit. He has been to a wilderness camp in NC, near Boone, about 5 times. He went to a military school and three rehab centers (one in utah). About 4 weeks ago he relapsed bad (overdosed), he was shaking uncontrolably and crying histericaly. He was sent to the hospital, he kept pulling out the IV's they put in him and he almost died. When he got out, he went right back for more. He overdosed again one and a half weeks ago and said to my dad that he wants to go to the hospital and to a rehab and that he wants to get better. It seems like everyone has given up on him except me. No one knows why I haven't given up on him. Maybe its because he has almost always been there for me when I've fallen, or maybe because I know what he can be and how much potential he has. I love my brother and without him, I wouldn't stand where I am today. 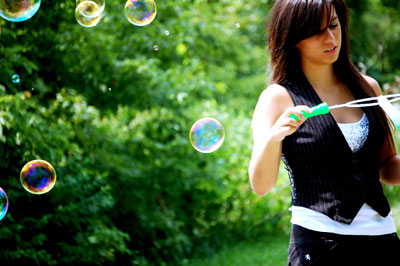 Favorite Quote:
Your only young once so be bad,break the rules,get caught,and make it count. the best things in life are unseen, thats y we close our eyes when we kiss, cry, and dream. Live life to its fullest,everyday like its ur last because u never kno when it is