Favorite Quote:
"Act as if what you do makes a difference. IT DOES."

In April 2021, the Japanese government announced that it will be releasing the treated wastewater from Fukushima Daiichi Nuclear power plant into the Pacific. The decision has concerned various sectors of the international society, including environmental groups, fisheries organizations, and neighboring countries.

The precise plan is to purify the radioactive water by running it through TEPCO’s Advanced Liquid Processing System(ALPS). The treatment filters out 62 types of radionuclides, but does not capture tritium. Not only that, according to data released by Tokyo Electric Power Co., Ltd. in December 2020, strontium in the contaminated water exceeded 14,000 times the standard level, 9 times cesium, and 6 times iodine in contaminated water, despite having been purified through ALPS for 8 years.

Clearly, the Japanese government’s self-proclaimed ‘drinkable’ treated water will not be so nice to drink. Thus, my stance is that, given the complications that Japan’s decision will have on the environment and the international community, I insist Japan’s decision should be withdrawn.

My first argument is concerns on safety:

Advocates of Japan’s release argue that TEPCO’s ALPS will be enough to fully purify the radionuclides in Fukushima’s wastewater. However, the ALPS is unable to capture tritium, a radioactive isotope of hydrogen with a 12.3-year half-life. The danger of this radionuclide has been tested to be comparatively weak, but scientists are concerned that the ramifications brought by the accumulation of this substance have not been fully experimented. Not only that, the data released by Tokyo Electric Power shows a mutually incompatible result that only 30% of the processed water falls within safety standards; and this water has been purified for approximately 8 years. Now, Japan has announced that it will start its release in two years from now. How will they be able to purify 70% of the wastewater in two years when they only managed to treat 30% over the course of 8 years?

My second argument is governmental responsibility:

The a-sub point is the government’s responsibility to protect its own citizens. One of the fundamental responsibilities of a government is to secure its citizens from externalities. An externality is an indirect cost or benefit occurring from an activity that impacts your society. In this case, the externality is environmental costs from the release of Fukushima wastewater. By making this decision, Japan is endangering its own citizens by exposing them to a dangerous environment.

The b-subpoint is the government’s responsibility as a member of the global society. As a member of the international society, the Japanese government has the duty to not cause any harm to other members without paying a cost. Since the release of radioactive water will (to a certain degree) contaminate the entire Pacific, it is inevitable that neighboring countries, such as China and Korea, will receive damage. These harms can range from health issues to economic loss due to the undermining of marine-related markets.

My third argument is social message:

Once Japan releases its radioactive wastewater into the ocean, nuclear plants in other areas will start doing so as well. One of the reasons why most nuclear plants around the world have not been releasing their radioactive water is because of moral stigma and social acceptance. The Fukushima Daiichi Nuclear plant is one of the plants that holds the most radioactive waste and thus has the most dangerous risks in release. If the release of wastewater from this dangerous plant gets internationally accepted, this will create a successive chain reaction of other nuclear plants releasing wastewater as well. This would become a serious issue since the accumulation of radionuclides will cause extreme environmental harm.

The Japanese government also needs to recognize that the issue of releasing contaminated water is a matter of concern not only for its own citizens but for the international community. It needs to come up with a responsible alternative solution that can be considered acceptable. 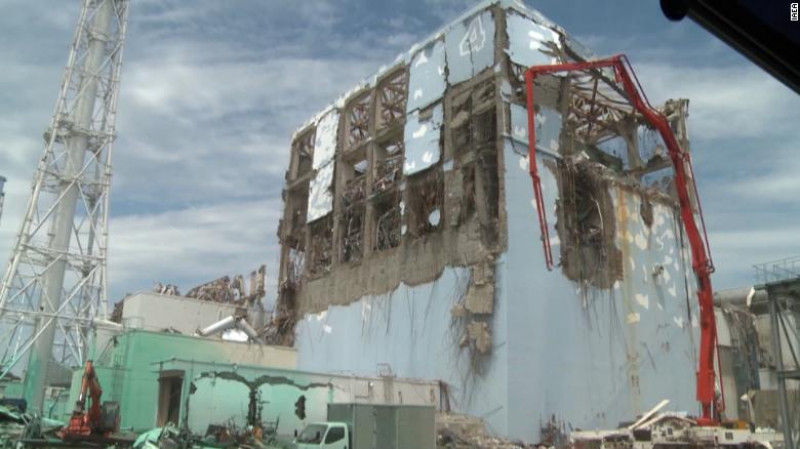 Favorite Quote:
" BE THE CHANGE YOUR WISH TO SEE IN THE WORLD!"