The Chronicles of Life | Teen Ink

The Chronicles of Life

It’s six in the morning….you unwillingly roll out of bed and just pick up any old clothes off of the floor ( hopefully they’re clean). You run down the stairs not even thinking about breakfast…you’ll harass Mr. Feeny to let you eat in his class first period, even if he yells at you a million times, you’ll do it anyway… so it’s not like it really matters.

You’re halfway out the door, one leg in…one leg out. But of course…like every other morning your darling mother calls out to you “Honey give me a kiss” and though a 12-year-old boy would probably rather be doing anything else but that very action…you do it anyway.

Walking through the halls of John Adams Junior high…everywhere you turn there’s some eight grader who’s shoving their backpacks into you and you’re just a little less than thrilled to be entering a classroom with a bunch of kids who will probably end up hating you….

God, how you were wrong.

That last period bell rings…ughh FINALLY! You can’t help but just love that sound (even if it is pretty excruciatingly loud); it’s music to your ears! You run to the door of your house…you can practically SMELL the freedom you now have since you know you don’t have to go back to that place for another ten hours or so. You’re greeted by the heartwarming smiles of your parents Ben and Amy Matthews and your little sister Megan keeps asking you to “ play Barbie dolls” with her while your crazy brother Eric is going on a “making-fun-of-Cory” rampage…what a normal household right? Thank god your doorbell rings and your best friend Shawn Hunter is outside on his motorcycle waiting for you to come out so you can go over to your absolute favorite place in the world…Chubby’s; not exactly the finest style of eating, but you guys all love that place as if it were your home. Well, dinner with Shawn is over, and you’re getting ready for another day at school tomorrow when your girlfriend Topanga gives you a call and you can’t help but get distracted. Of course, tomorrow when Mr. Feeney asks where your homework is….well, yeah…you’re gonna have to think of an excuse for that one soon….maybe you can just make fun of Minkus like you and Shawn always do and hopefully he’ll be too busy yelling at you that he’ll just forget? No, not a chance of that happening.

Before you know it you’re off to college with the gang from high school, and soon enough you and Topanga are married with your own apartment before you even graduate. Mr. Feeny? Yep…he got offered a job at Pennbrooke University which of course is where you guys all got accepted too. Everything just happened so fast, but you could not be happier. It seems so long ago since that first day of sixth grade took place. And that classroom? Well, it turned out to be the key that unlocked your whole life.

Well…congrats guys! You just experienced a day in the life…wait, no. “The life” of the ever-famous Cory Matthews. Otherwise known as “Cornelius” but…I think only Mr. Feeney called him that. For those of you were reading this and knew EXACTLY what I was talking about the whole entire time…I think you know why I’m so in love with this show. Boy Meets World wasn’t just a “show”…see, it was more like a “handbook for life” you know? And Mr. Feeny? I mean come one! That guy was like a walking-talking “table of contents for life.” Which is why I was surprised when I found out that they only sell Seasons 1-3 on DVD. Apparently there wasn’t a large enough “demand” for the rest of the Seasons? When I found that out I knew I had to write an article about this…why wouldn’t they sell them? I mean, no it wasn’t the most “popular” show out there during its time, but I know lots of people who proudly admit to loving that show too. And think about it…that show ran from when they were just a mere twelve years old…all the way till when they were graduating COLLEGE. They were on that show their entire lives so clearly SOMEBODY had to be watching it besides me?! Right?! I just think DVD companies, or whoever makes those seasons just got one word…L-A-Z-Y. Oh, how I HATE that word.

So, no this article doesn’t really have a point except for me to rant about how I wish that show would be made into all of its seasons and not just the first three. I mean, seasons 1-3 were really good, don’t get me wrong. But, just owning the first three is like eating an apple without a core. There’s no real purpose to even eating it if you can finish it and finally get to the end. Which in my case, is exactly like watching only the first three seasons of Boy Meets World; what’s the point of watching them if you know you can’t enjoy the full experience because there’s nothing else left once the last episode of your third DVD comes on! Exactly, there’s no point AT. ALL. Ughh…this is so not fair! But then again, for those of you who’ve never even seen (maybe even heard of but I’m not gonna go that far) the show…well, you all probably think I’m insane. For those of you who have seen it…well then, you know what heart-breaking, tear-jerking, “The world is coming to an end! My life can no longer go on!” pain I’m going through. Maybe I should become one of those street protesters that like stands outside of stores and just acts completely obnoxious until some authorities figure comes and threatens to put them on the news…but no, I’ll have to try and find away to survive without the rest of the seasons. Until then…I’ll be forced against my will to watch episode after episode on YouTube. Oh come on…don’t think I’m crazy…you’re all guilty of YouTube-ing from time to time! Hopefully the next time I write an article about Boy Meets World the world will be set right, the planets be aligned and Boy Meets World will have all, yes, every single Season on DVD. But we can only dream right? Nope, wrong…all we can do is sit back and relax in Mr. George Feeney’s classroom and listen to the lessons of love, laughter, and life. With a little bit of dreaming thrown in there I guess… 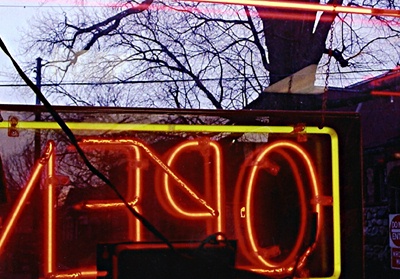 Favorite Quote:
"To live is the rarest thing in the world. Most people merely exist, that is all." -Oscar Wilde

alaskatrailmutt said...
on Jul. 14 2010 at 2:47 pm
alaskatrailmutt, Jefferson, Maryland
0 articles 0 photos 352 comments
View profile
I have never heard or watched the show.... But your argument is very good, I  like how you explained the show and then your point, whet the show ment to you. Nice example of persasive writing. :DSounds like a funny show.