Is One Direction the Best Boy Band? | Teen Ink

Is One Direction the Best Boy Band?

On the British T.V show the “X-Factor” in 2010, five teenage boys were placed in a group act together after not making it through the first round as solo performances. Niall Horan, Zayn Malik, Louis Tomlinson, Liam Payne and Harry Styles comprised this group. Unbeknownst to them, they would become one of the biggest boy bands of all time, or the biggest boy band of all time according to the charts. Topping them for all five albums they released when they were a group is a feat that not just anyone can achieve. Even after going on hiatus in 2015, currently they are still the 108th most listened to artist on Spotify and are gaining new listeners everyday.

In 2012 with their first album “Up All Night” One Direction made history by being the first U.K group to top the Billboard 200 chart with a debut album, after their music was only available in the U.K. Their next three albums “Take Me Home”, “Midnight Memories, and “Four” also made number one on the Billboard 200. Their fifth album “Made in the A.M” peaked at number two because this was their first album without one of their members, Zayn Malik. As for their songs, six of them made the Billboard Hot 100. Their song “Best Song Ever” peaked at number two on that chart, being the highest on their discography.

Along with the very clear statistics from the charts, the awards they have won also speaks for itself. Over their five years of being a band, they won seven Brit Awards for Best British Single for “What Makes You Beautiful”, four times for Best British Video, and twice for the Global Success award. They have also won twenty-eight Teen Choice Awards, and even more as solo artists. In addition to these they have also won several American Music Awards, People’s Choice Awards, and Nickelodeon Kids Choice Awards in several different countries. Another thing to notice is that they have a variety of professionally chosen awards and fan voted awards.

Some people argue that other bands have more refined and better music than One Direction and that’s the only reason that sets them apart from the rest. This may be true however, music taste is subjective and they may produce a different genre of music than the other group. Take example, The Beatles, they both have very different styles of pop music so one person who likes One Direction may not like The Beatles or vice versa. On the other hand, charts wise, One Direction beat their record of four top 10 Hot 100 hits with five from their single “Perfect”

In the end of all of this, everyone’s opinions are going to be different and there is truly no way to conclude who truly is the best artist in the world. But, with the information I have provided these are a few of the reasons why I personally think that One Direction is one of the best, and timeless artists of all time. They have been on hiatus since 2015 yet their devoted fans have still kept the spirit of the band alive, and they all now have very successful solo careers thanks to those who’ve been a fan since 2010 to those who’ve become one just recently. 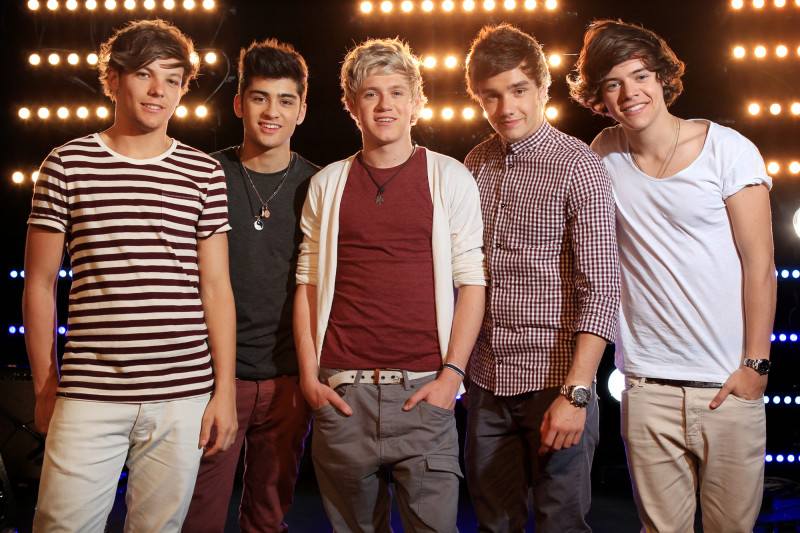