Have you ever wondered what it’d be like to hear Gimli announce in his gruff baritone “A red sun rises. Blood has been spilt this night.” What if it was Barbossa that delivered the one-liner, “I got a jar of dirt”? Stark’s impeccable “We have a Hulk” stolen under his nose?

Think about that for a moment.

Not only would the above be extraordinarily…disturbingly…WRONG, but they just don’t carry the same weight. And the labyrinth of literature begins to unfold in a curious way.

To start off: there has forever been the popular paradox of the love triangle, yet two girls in the mix has always been something of the odd. It doesn’t ring with chivalry like two men fighting over their fair maiden. Arthur, Lancelot, and Guinevere; Jacob, Edward, Bella; Severus Snape, James Potter, and Lily Evans—you name it. Simplified and modernized, it really isn’t the same situation when two girls get in a fistfight over one hot dude. (Especially when the principal has to explain it to the parents.)

And what about that one smoothie your little brother stole from your infant sis? He can whine and caper, but due to his pockmarked nine-year-old history, it’s not getting him anywhere. Princess Anna’s punch in “Frozen” at Hans (that sent him flying) was admittedly better than any dash of ice Elsa could have swept him away with. And could anyone else but Han Solo got away with the professional term “scruffy-looking”?

Let’s take the estranged side for a moment. It is the final battle in “The Chronicles of Narnia: Prince Caspian,” and our glorious heroes and heroines are exhausted, having swiped past death far too many times. Suddenly the roar of battle stops and all are faced with the sight of…King Edmund, on the other side of the bridge, valiantly waving his sword.

Everyone’s relieved, but only slightly: they see simply another valiant Narnian to be slaughtered in cold blood. The sight does not calm nor rejuvenate, save perhaps Peter or Susan. Those of Telmar are not even surprised.

However, as all of you twitching fans know, that is not at all what happened. It was actually Lucy who prevailed to bring Aslan to end all for good—C.S. Lewis and Director Andrew Adamson knew exactly the effect it would have, versus a renowed king waving a gleaming sword with war in his eyes. And thank goodness for that, frankly.

So it serves to say characters in literature are not created equal. It’s quite simple: some words or actions just don’t have the same effect when they’re said by different people. When our cheerful chaos slips into Serious Mode, it’s a red alert. We know Blah and Blah are serious characters, and so their call to arms wouldn’t have had the same tenor as the club’s joker gone stone cold.

It’s a curious precept, something to trip up our values of common sense. But it can also make watching the last twenty minutes/pages of a piece of literature that much more gratifying. 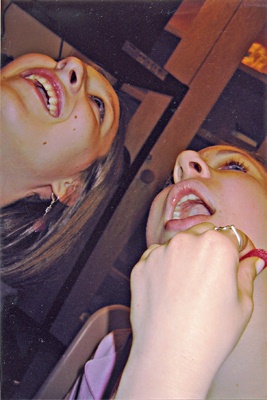 The author's comments:
No, I’m not even religious. The name is Ala Nova, and you have entered the domain of my discussion, thought, and paraphernalia. Enjoy, and let loose your commentary and suggestions below. A new column every Friday!
Post a comment
Submit your own