When we think of prehistoric beings we think of dinosaurs and other creatures of great size, but the discovery of Kennewick Man changed the very thought of prehistoric beings. Kennewick Man is the name given to the remains of a prehistoric man found in Kennewick, Washington in July of 1996. This skeleton was accidentally found by a pair of spectators. The discovery stirred up many conflicts though, and now it’s Native Americans versus American scientists. The conflict rages-Native American religious beliefs battle against archaeology; NAGPRA’s applicability to the remains is questioned, but would John McCain’s attempt at an amendment have resolved the issue in our favor while ending the bitter debate?

The controversy surrounding Kennewick Man has continued between Native Americans and Scientists, primarily archaeologists. “The discovery of Kennewick Man…can tell us about the first settlers of the New World and their origins,” (Glover). This discovery holds a great future for the past, but from another perspective is quite the opposite. “…Native American concern [for] some individuals stems from the fear of [losing] treaty rights and the belief that this is an attack on their religious beliefs,” (Glover). This is how it all began. Native Americans believe that the remains should be properly disposed of in a Native American burial ground, where they say its spirit shall remain at peace. American scientists’ beliefs are quite contradictory to theirs however, stating again that it is most important for Kennewick Man to be put under archaeological authorities for study. This debate shall ramble on for many years.

The main objective standing in everyone’s way is the Native American Graves Protection and Repatriation Act, or NAGPRA. NAGPRA states that anything, especially religious burial items (this including peoples’ remains), that is affiliated with a modern tribe is referred to as their property. As the Nez Perce, Yakima, Wannapum and Colville Indian tribes had given up their claims to the skeleton, the Umatilla tribe continued their court proceedings. To determine if the skeleton showed any relation to a Umatilla Indian’s skeletal structure, further examination was done to compare the two. “The story that unfolded was unexpected; his bones seemed to say that he belonged to no Native American group…” (Glover). Kennewick Man resembled the South Asians and the Ainu people of northeast Asia. The Ainu migrated to North America over eight-thousand years ago and died out some eight-thousand years later. This revealed that Kennewick Man was of no descent of the Umatilla Indians and therefore NAGRA does not apply.

This however had not fazed U.S. Senator John McCain who introduced an amendment to NAGPRA. According to NAGPRA, when human remains are found on federal lands, and if their cultural affiliation to a Native American tribe can be established, then the affiliated tribe may claim them. John McCain’s aim was to change the definition of “Native American” in the bill. “Senator John McCain proposed an amendment… to NAGPRA, (so) the definition of a Native American would include anyone… who is or was indigenous to the United States,” (Action). The two words-or was- would end this struggle. “A controversial two-word change to the Native American Graves Protection and Repatriation Act (NAGPRA)… would make it easier for tribes to reclaim ancient remains…” (NAGPRA). In the end, the 109th Congress did not enact the bill, arguing that it had too many imperfections and would not diminish the controversy surrounding Kennewick Man. If the bill had been put into law, the remains would not be able to be properly claimed by a specific tribe as there would be no definitive link between Kennewick Man and anyone of descent of a Native American tribe.

The remains are currently held at the Burke Museum in the University of Washington. The federal government is still progressing towards a proper bill to improve NAGPRA, but the remains are presently legal property of the U.S. Army Corps of Engineers due to the fact that Kennewick Man was found on land belonging to them. Science and religion have been pitted against each other, only with NAGPRA holding them back, and Senator McCain still works to improve the bill. Any further accomplishments on this project shall not go unnoticed. 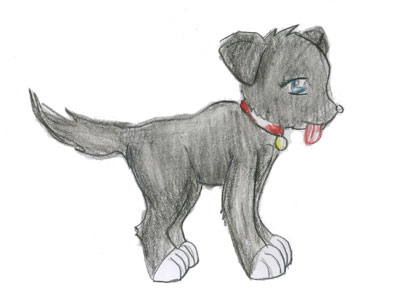 The author's comments:
This article was sent earlier today, but without the bibliography.
(publisher/editor read only)
Post a comment
Submit your own

Favorite Quote:
to love and to be loved is lifes greatest joy