How much did it cost to assemble Spirit and Opportunity? I’ll tell you: $800 million. That’s a big hunk of money that could resolve problems like health care, schools, the effects of natural disasters, and tax increases. Not only is there one, but two remote-control cars on an area where humans don’t even exist. Why does $800 million need to be there if humans aren’t? Scientists want to know if life ever existed on Mars. It’s like attempting to dig up a bug that might have been buried years ago. If scientists want to find out simply because of curiosity, then they should use their own money. Even if there were, or are, life forms there, do you think they would help us or repay the millions spent to find them?

Now, this mission would be somewhat understandable if a Mars Rover lasted a lifetime or cruised all over the planet, but the Mars Rovers were expected to “live” only three months and travel just 30 feet a week! That’s approximately 450 feet in three months!

Think of the thousands who lost their homes in Hurricane Katrina or the 2004 tsunami. Do you know a child who yearns to receive an education, but can’t afford it? Do you know friends or family with an illness but the cost of health care is too great? Eight hundred million dollars could help these people immensely. This money could repair damage done by recent disasters, supply hundreds of college scholarships, and help pay medical bills for the dangerously ill. 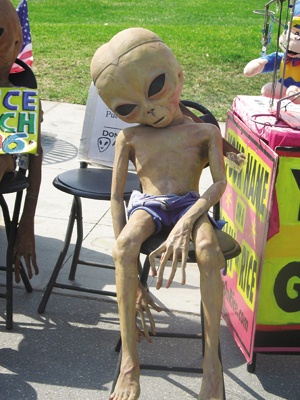 Favorite Quote:
Some say the world will end in fire,
Some say in ice.
From what I've tasted of desire
I hold with those who favor fire.
But if it had to perish twice,
I think I know enough of hate
To say that for destruction ice
Is also great
And would suffice.
-RF

EscapeRope said...
on Oct. 2 2014 at 11:53 am
EscapeRope, Cavite, Other
0 articles 0 photos 36 comments
View profile
I disagree with this. I know your deep concerns are the people in need, but I don't think you realize the need, too, of space exploration. And scientists just don't wanna find out if life's ever possible in Mars simply because of curiosity, they think of its possible benefits too, for the future. If life in Mars had been proven, think of the change it would make not only in Astronomy and science's history but in the whole wide world.  So to conclude this, I think you need to realize more of space exploration. Plus, 800 million isn't that much, compare it to war expenditure. (c. AaronLawrence) Obama has spent billion dollars for US drones for use in war in the Middle East. Thousands of innocent lives are getting killed by it. The amount of money that USA spends for war which just increases the number of people in need is way much bigger than the amount spent on Mars or space exploration which doesn't cause much harm and might even be a benefit for future and scientific advancement.
. said...
on Apr. 17 2014 at 12:10 pm
I agree with you! There are people dying all over the world, and kids without families.
AnInkling SILVER said...
on Oct. 1 2013 at 6:01 pm
AnInkling SILVER, Castle Rock, Colorado
6 articles 0 photos 110 comments

Favorite Quote:
“This is your life. Is it everything you dreamed that it would be, when the world was younger and you had everything to lose?” Switchfoot
“Have I now become your enemy by telling you the truth?” Galatians 4:16

View profile
Uh, A_Fate_Unknown... "true" Christians don't nessesarily have to abandon science; in fact, the Bible says to test everything, and many of the great scientists were Christians! But I do agree that it is wrong for us to spend so much money when people are in need.
The_Earl_of_Zerces PLATINUM said...
on Jan. 3 2012 at 6:47 am
The_Earl_of_Zerces PLATINUM, Waukesha, Wisconsin
36 articles 0 photos 106 comments

View profile
lol this is spoken like a true christian. Ignor science and the pursuit of knowledge. Just trust that the earth is 6000 years old even though carbon dating has proved otherwise. Also Don't complain about how we dont help the homeless and needy when you just sit back and watch them suffer. You really fit the steryotype of the angst filled adolescent.
bookthief PLATINUM said...
on Nov. 15 2011 at 1:06 pm
bookthief PLATINUM, Concord, Massachusetts
20 articles 0 photos 58 comments

Favorite Quote:
"When life becomes more than you can stand; fall to your knees"
"To be normal is to be boring."
"You cannot make men good by law."
"Christians believe that Jesus Christ is the son of God because He said so."
"To be a Christian means to forgive the inexcusable, because God has forgiven the inexcusable in you."

View profile
While finding life woud offer a change in perspective, why are we spending so much money when there might not be? All of our money, our parent's money, and our grandparent's money is being used for what may just be a wild goose chase. Where is the logic in spending closed to a billion dollars searching for something you aren't sure of. Unless area 51 really is some giant alien cover-up, which I highly doubt, there is no reason to spend so much money on a mystery. Therefore, I agree with you. That money would be better spent somewhere else. Like, ensuring that families don't end up on the streets.
savetheplanet PLATINUM said...
on Aug. 20 2011 at 10:42 pm
savetheplanet PLATINUM, Anaheim, California
45 articles 9 photos 564 comments

View profile
In times of need, then yes that money could be put elsewhere, but the search of knowledge is a cause that should never be abandoned.  They help us understand ourselves and things out there that we're not entirely sure of yet.  If extraterrestrial life was discovered, the implications are enormous.   It would change our perspective on life entirely.
Neon_Gypsy_Blood BRONZE said...
on Apr. 13 2011 at 8:54 pm
Neon_Gypsy_Blood BRONZE, Idaho Falls, Idaho
3 articles 0 photos 48 comments

Favorite Quote:
Do or do not, there is no try.
~Master Yoda~

View profile
That money all filterates back into the economy, space explorations are sometimes used to boost economies.  Pluse, 800 million isn't that much, compare it to war expenditure.  Also, if exterrestrial intelligence were ever discovered, the implications would be the most important human discovery since the domesticatino of animals.  Thats like comparing whether cave men should hunt here as opposed to spending the time to develope the wheel.  Nice persuasive essay however, came across clear and strong.
Phantom_Girl GOLD said...
on Sep. 3 2010 at 11:39 am
Phantom_Girl GOLD, Ft. Carson, Colorado
14 articles 0 photos 279 comments

Favorite Quote:
"If it comes out of the lion's mouth...it will be on the test."
-Mr. Bala

View profile
Interesting perspective. I can't say I completely agree, because I think scientific knowledge is a very noble pursuit. However, I do think that in times like this, we might want to consider not putting so much money into it when goddess knows we could use that money for other things.
logicplz said...
on Jun. 28 2010 at 8:55 pm

And what do people expect to do with those educations?

The truth is scientific advancement is what propels society forward. True, in times of economic hardships big projects may be put on hold. But research comes together in bits and pieces. You don't see the use right now, but think of the problems that could be solved if we found we can use mars for something? If it has natural resources we can utilize, or if it can support life, to relieve the burden on our overpopulated planet? That is many many years in the future, true. But society does not come to a standstill because the job market is bad. To still progress would be one of the worst things you could do.

Heidi Schneider SILVER said...
on Mar. 21 2010 at 6:48 pm
Heidi Schneider SILVER, Mattapoisett, Massachusetts
9 articles 0 photos 11 comments
View profile
I hate to sound like the enemy here, but I tend to disagree. The president has already cancelled the Constellation program, which will redirect some much-needed money from the NASA program into other problems. However, the observations we are taking in Mars will give us clues as to how this and other planets were formed. Studies of this and other worlds are extremely important, especially in light of the recent natural disasters this planet as experienced. We need to focus on the future as well as the present, and the Mars missions are helping. And I don’t know when you wrote this article, but even though the rovers were only designed to work for three months, they have been going since they landed on Mars. One is currently stalled, but the other is still scouting. They were launched in 2004, so they’re definitely pulling their weight.

Favorite Quote:
Don't let the fear of dying keep you from living. - Me
Smile and the world will smile with you-My NANNY

View profile
Oh my goodness ypu are so right I wish our government and nation would stand up and come up from our darkness.
QuestionAuthority1128 said...
on Nov. 7 2009 at 2:45 pm
Thumbs up! I totally agree!