Cracking the Shell of Chick-Lit MAG

Favorite Quote:
"I've come to the conclusion that if having things turn out the way you wanted them to is a measure of a successful life, then some would say I'm a failure."-One Tree Hill

How many intellectuals do you know who would label the chick-lit genre as anything more than a guilty pleasure? Not as many as those who would recommend Jane Austen, George Orwell, or William Shakespeare worthy of your leisure time. The chick-lit genre is not filled with prim language, socio-political plots, or metaphors that require hours of analysis. Instead it's saturated with honest material that is appealing to its target audience; so appealing, in fact, that it is one of the most commercially successful genres in publishing.

“Fluff” – a word many readers use to describe writing that lacks substantial mental stimulation – can be found in any genre of literature. However, the bright, feminine cover designs coupled with predictable plotlines create the stereotype of chick lit as a genre not worthy of respect. Emily Giffin, author of the popular novel Something Borrowed (which was recently adapted into a motion picture), addressed the controversy of chick lit, stating that many critics view the genre as ­“demeaning to women,” diminishing women's concerns to a beach-read.

Giffin, who did not consciously write her first novel as chick lit, accepts the label. She objectively looks at the label as a set of guidelines within the structure of the genre. She listed that the first-person point of view and an adult woman protagonist in an urban setting are two common trademarks. In addition, its tone is often upbeat and personal, forming an emotional connection between the reader and main characters. The plots center on romance, but often involve other relationships that help shape the main character. These relationships could be between the protagonist and friends, family, and most influential, her relationship with herself. What the public tends to neglect when rating chick lit is the character growth between the first page and the closing paragraph.

It is no coincidence that the industry tends to decorate these stories with generic covers and titles that are hard to respect. In fact, the designers skillfully incorporate colorful designs and playful fonts to attract the eye of the consumer. As Giffin stated, “The cover, the title, the label, all these things just signal to the reader what these women are looking for; what they want to read.”

Giffin admits that authors benefit from having their novels labeled as chick lit. She comments that if the outer presentation of her novels were different, her audience would be “broader from a demographic standpoint, but [she doesn't] think it would reach as many in number.”

Other successful authors in the chick-lit genre include Kristin Hannah, Audrey Niffenegger, and Nicholas Sparks, whose novels have sold over 90 million copies.

The commercial success of chick lit is evidence enough that it is doing something right. To diminish its worth discredits the authors of their hard work.

Sparks' process of publishing novels is the same as that of J.K. Rowling or Virginia Woolf. It starts with inspiration, continues with hours of thought translated into words, and gruesome hours of generating the perfect way to state those words. Before becoming big hits, these authors all opened envelope after envelope fill with rejection letters.

Authors of science-fiction, historical fiction, fantasy, thrillers, and yes, chick lit all reach for the same goal: to ignite an emotion in the reader that results in entertainment and enjoyment. Given the commercial success of the chick-lit genre, it certainly fulfills that goal. These books, despite their bright, ­feminine covers, deserve respect. 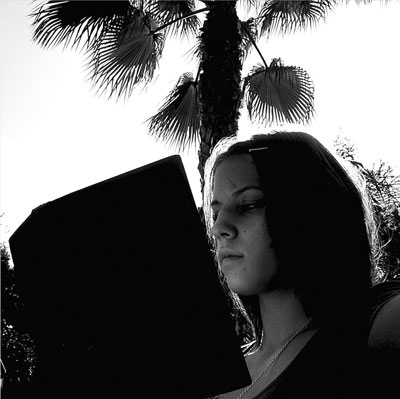 Favorite Quote:
"Logic will get you from point A to point B. Imagination will take you everywhere." ~Albert Einstein

"Do not go where the path may lead, go instead where there is no path and leave a trail." Ralph Waldo Emerson

View profile
So true, so true. I love reading chick lit! It may not be the most though-provoking, but at least it's good. :) Keep writing :)