It being three days before Valentine's Day was one of the funny things. The concept and/or reality had, maybe hypothetically, scared me to death all morning and even more so as lunchtime crawled closer. I was in a half-shocked state already as I quickly opened the door and quickly went through the streams of people. Quickly went to my locker. Went to the bathroom. Two minutes she said. Two minutes. She was already there when I arrived, and another girl was over at the far left. The other girl didn't know. The girl I was meeting with showed me pictures. She was dressed in a soft fabric, similar to what she had worn the day before. That day had been Sunday, and she had warmly greeted me then. She was happy, smiling. Very beautiful. I was very nearly shaking. The other girl finally left. I sat down. I said don't be afraid, and we laughed. I told her what I had rehearsed in my head maybe a couple dozen times. I asked her. She said she was leaving. The thing is: she is leaving. She is leaving, maybe otherwise, but she is leaving. I said I understood. I nodded, I breathed, I nodded, I said I understood, I breathed, smiled. Nodded. Have a good day, I said. Quickly, out. Out. Gotta think. Think. Someone needs something. Stop, rustle through my stuff, give them it, go. Gotta think. Upstairs, upstairs, two people in the room. One, a teacher. One, the girl who didn't know. Neither of them knew. Blinking, shocked, a hard press, cold press, dull press, dull throb touched my chest. Open some poetry, finish some poetry. Finish some poems that were works in progress efficiently: "it's over" and "Friends" are good lines. "They break" is nice. Good lines. Look through them. Write another; one about…. About her—it's titled "Yellow Rose Soon to Die." It was written some time after the whole conversation. Probably started the first day. There was a lot of salt water dripping across flesh onto some hard painted floor that night. I was fine. I told him I was fine before, and my other friend, I told him I was fine, and they said I wasn't, but I said I was, and I told my teacher I will be, and it was fine and it's good and I'm fine. I ate a large meal with gluten (which tends to make me sick) around 9:00 P.M. that night, and I punched a chair, which made my hand bleed. You can still see the mark. I had said it'd probably be a test, and I guess I was right. God's always good. You can still see the mark, though. I still see her most days, and all the people who don't know, and I figure I better stop thinking about her. But, I do not. 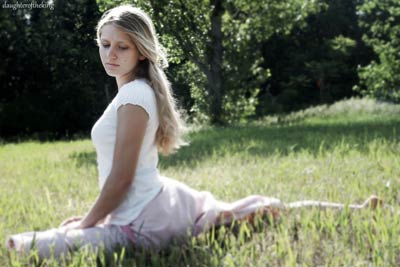 Welp God, I guess it's good