Favorite Quote:
10.
I am a princess, all girls are. Even if they live in tiny old attics. Even if they dress in rags, even if they aren't pretty or smart or young. They're still princesses, all of us." -Frances Hodgeson Burnett, A Little Princess
or
1.
Live in the present, remember the past and fear not the future, for it doesn't exist and never shall. There is only now." _Christopher Paolini, Eldest

She can play any role she wants
She’s one of the greatest actresses ever
She knows it, but that is not something she flaunts
What she DOES flaunt is that she is an author

But the biggest role she plays
Is herself
She puts on all these fake displays
But I know it is fake, myself

She pretends she is happy
And cool and calm
She acts as if she’s hardly ever angry
As if, her life is the opposite of a sitcom

But the truth is she is sad
And lonely and bitter
With her career, she is not glad
She is filled with anger

She hates her life
And all that is in it
She hates the nightlife
But that, she won’t admit

I’m her only confident
She would drown in her lies
If I were, from the house, absent
Other than me, she has no allies

She tells me everything
In hopes that I won’t leak it
For her, I will always be backing
Because everyone else she will outwit

She is very miserable
She drowns herself in fame to escape
But to admit that that is not her only escape, she is bashful
For, her world, she will constantly shape

She hates herself so
She thinks she is ugly
Not just out, but in also
Because of her acting and, on her face, the acne

She wants a real life for her
Because the one she has is fake
One free of sadness, loneliness, and anger
One where she is awake

But, truth to tell, you do not
And she has none
She is no big shot
Because herself she has beaten

Why, if she is so good, is she not in movies or TV shows?
Who is she?
Why does she not hear people telling her bravos?
Because, she is me. 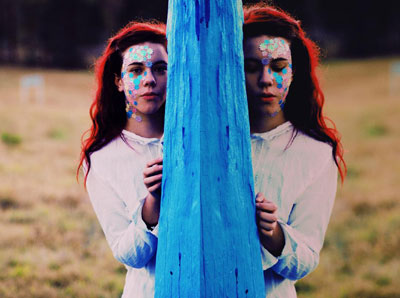 The author's comments:
I wrote this poem mostly because of the way I feel like I act all the time but we all are actors or actresses.
Post a comment
Submit your own

Ahhh....the twisted and complicated life of an actress.

And the ending! So unexpected!