I had two oranges in my pocket that day too.

It was like the first time I walked with her,

She was much quieter this time.

The first time had felt holy,

While this time did not appear it,

But must have been so.

I set an orange down after everyone had left, then took a few

The frost understood its purpose and so did I:

It slowly embraced the orange,

Wrapping its arms around it.

I pulled a second orange from my pocket and began to peel it.

And also like that day she was adorned all in white,

Walking through the snow just as white as her.

I tasted my orange:

While she lay beneath the frosted earth,

I squatted down by her

Stone and wiped a line through the frosted orange and

I realized my tears were melting the frost,

In the cold December air,

Beginning to break out. 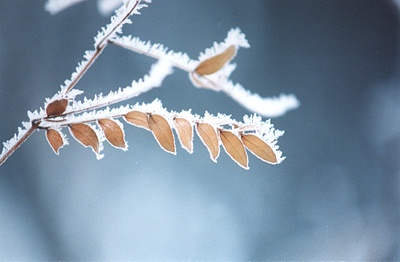 A persona poem. From the speaker in "Oranges" by Gary Soto. All glory to Jesus Christ.

Favorite Quote:
AD ASTRA PER ASPERA- to the stars, through difficulties.

View profile
I love that you've dedicated each of your four pieces so openly to God! You're exactly right to give the credit to him. Keep using this talent you've been given!