Did I Go to Heaven? | Teen Ink

Did I Go to Heaven?

They want to know if I went to Heaven,

If the moment my heart stopped,

I was blinded by the White Light

And the love of a Higher Power.

They want to know if I saw Him.

I recognize now that it is more for their own sense of comfort,

But the first time they asked,

My eyes met theirs with a scorn fierier than the seven circles,

None of which I saw.

In warm and loving arms.

Followed by the soft browns of the coma tunnel,

The dwellings of an unconscious mind.

Sometimes I miss that tunnel,

Neither hot nor cold,

Swimming almost in the vast entrapments of my brain,

Breathing in the liquid,

People might ask if this is my own personal Heaven,

To which I would answer ‘no.’

It was missing an achingly familiar face,

That of a friend,

Gone from this world too soon,

Much in the way I had attempted to exit mine.

They want to know if flat lines mean white gates and Heavenly choirs,

And this I do not know.

I find no glory in my own death,

Albeit only for a minute or two.

I find no great discovery of the afterlife,

The long and drawn out healing,

The fear of friends and family.

I did not go to Heaven,

If there is such a thing,

Sydney will be waiting for me.

In my coma tunnel, I was left all alone. 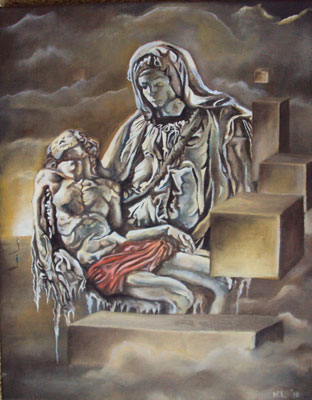 My heart stopped during a suicide attempt. I was very fortunate to be brought back to life. After waking up from a coma, people had many questions about what I saw during that time, namely, did I go to Heaven?