Favorite Quote:
Every dream has a tomorrow, and every tomorrow has a dream.

Soon Chung Park, who was 74

Hyun Jung Grant, who was 51

Delaina Ashley Yaun, who was 33

Paul Andre Michels, who was 54

not extraordinary nor glorious,

but satisfactorily simple and joyous enough —

were brought to an abrupt end,

by the cruel and reckless bullet

that ripped through their heads, hearts and stomachs

and tore them with hate.

most of them had came to the United States

in search for a better and brighter life.

Earning only a handful of dollars,

they either washed the dishes until the skin on their hands cracked,

until it seemed like there was no glass in between.

They could clearly see the inside —

the life they didn’t even dare to dream of.

So close, but never reachable.

humble and low as they were —

they never relaxed a bit

working for the better lives they hoped for,

and for the dollars that would buy their children some bread.

Being targeted for their race,

was what they were eventually rewarded with

by this land of their love and hope.

The small bullet shattered their bodies,

along with their sincere and naive hopes;

It shattered their families

They think we’re the model minority

who’d rather stay silent than start up “troubles”,

but now it’s time to tell the world

that we play the role no more,

and that we will start up the trouble for them

as a result of them trampling over our dignity.

Being humble and tolerant is always our virtue,

it is never a sign that says we’re weak. 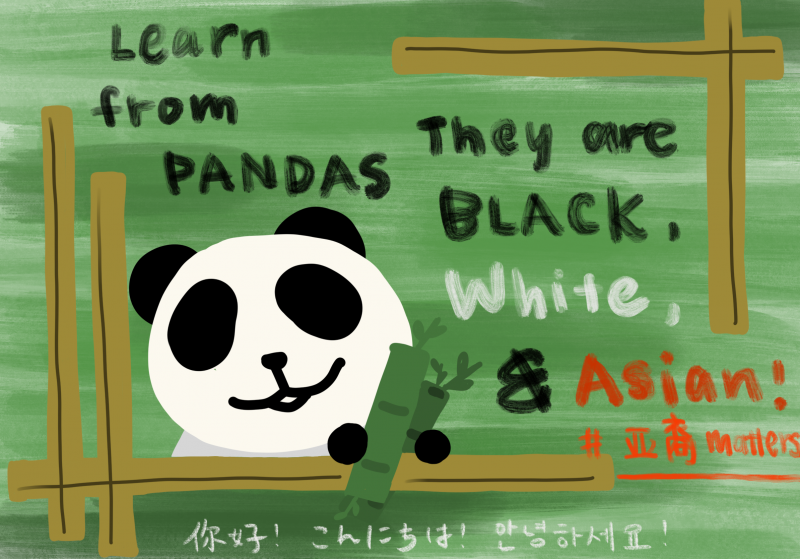 Hate towards Asian has been an always-existing but unaddressed problem in our society, and now it's our time to fight against racial injustice with our own power.