Favorite Quote:
Give the ones you love , the wings to fly roots to come by and reasons to stay …….

Two lions fought beneath the sun , both their

teeth as sharp as nails .

When the sunset came , the day was done .

Both lions turned their scales , never to meet

" My little Swahili , one day you will learn ."

Though there was a fight still left to yearn .

Simba stared out at the canyon , to all strong

For the sky was at his level , as he gazed upon

The sun dawned upon him , as the sky shifted

to a lush - buttery yellow , while the mellow

But for it was dead silence .  Only the echo of

Simba was heard , For the words came , as

sharp as a knife .

The crowd of animals was murmuring , while

Scar luring Simba to come near .

"This is all your fault ! Cannot you see , Simba!"

Scar roared at him . " He died because of you!"

Losing his guard  with one slip , Simba fell into

the jungle , lost all the way deep down .

A slightly fixated frown on Simba's face , for an

echo of voices rushed over him , as the African

For the land was barren , Simba could see .

In a language quaint and olden , the plea of

Simba , lost in the jungle debris .

A nearby sound of hustling and rustling came,

Shh!!! An animal guffawed , as he laced out his

Another screech came as it was just out of

A wave of panic swept over Simba , as two

Two creatures jumped out of the bushes ,

giving themselves a less friendlier approach .

" Yum ! A croackroach crawled along on the

dusty pathways of the jungle as the warthog

The warthog smacked his lips and said , " I am

Pumbaa and this is the brainless meerkat

While Pumbaa snickered and Timon bickered ,

Simba cried , " For the plea of mine was never

heard nor what I had asked for was absurd . It

was only for my father to see me now . "

" Simba no sad nor any bad , Hakuna Matada ,

we say around here . Forever Free . "

Simba smelt the flowers , reminding him of his

The safari roared from beyond , glistening the

The dancing sun cradled the blue sky , as the

dawn fell into the hands of dusk , while it

lingers in the wild .

"Pumbaa , Pumbaa where are you ?" Timon

" We have to leave , it's an endless journey to

" Well don't call me silly , you like minded fool!"

And once again , while Pumbaa bickered and

Simba who is bleary - eyed , who can't see

straight was surprised by this news .

" We must find safety . " Simba hopping onto

The years passing by of the life long journey

While the kingdom still entwined under the

Simba runs into the labyrinth of the canyon .

" Simba ! Is that you ?" A familiar voice called

A dark silhouette appeared out of the shadows,

Nala hugged him , and finally the two friends

had become one again .

while Nala caressed him .

my mother ? " Simba questioned her .

And once again Simba ran away , mustering up

courage to leave his true beloved behind once

Simba runs deep inside the canyon ,

" You shouldn't have left her Simba . " Pumbaa

Simba pretended as though he couldn't hear

him , while Timon screeched blinded by the

" Hello Simba , I see you have returned from

Now , Simba was face to face with him , nose to

Scar roars and pounces on Simba , while he

plunges his teeth into his shoulder .

And thus , courage burns within their veins .

Only the winter truly gains , the right to the

In the truth , Simba takes it all .

Scar has no pride , for he is long gone .

Nala watches in the sunset hills , her face

Nala , cried with tears of joy . 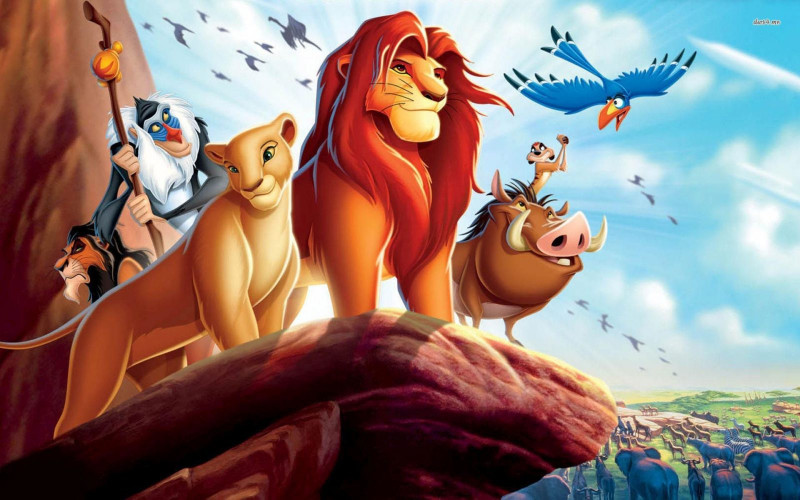 Since the lion king is one of my favourite Disney movie , this poem reached out to my soul , spreading its wings to fly and inspiring me to write this master piece .