The New York City I See

People striding, eyes on their destination
They walk with purpose, trusting only the concrete protectors
The skyscrapers are the guardians of this bold city
They are the products of American ambition and ingenuity
They were built to reach the sky, crafted out of hope and determination
But they are not what defines this city
Could it be Times Square, a pocket of bright lights, standing proudly amongst a forest of grey?
Some say it’s the Statue of Liberty, the symbol that rises up out of dark waters, bringing hope to immigrants
Some say it’s Broadway, transforming dreams to a reality
Others insist it is the food, a mix of cultures, feeding the soul
Still others decide it must be the chain of underground subways that bears all the burdens and secrets of the civilians
But I say it is the people, the hearts beating below the buildings
The thugs that appear at night, the thespians living above Broadway, the hardworking people, all the Americans, old and new, define this city
New York City has always been the emblem of dreams, the place that makes things happen
When I think of New York City, I think of the people who work every day to keep the dream alive
When I think of New York City, I think of America and what it has to offer 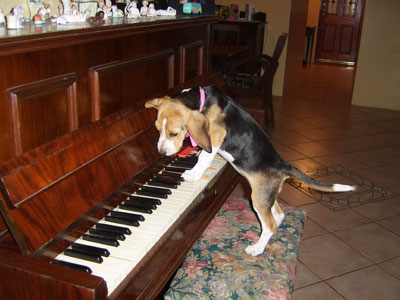 The author's comments:
I almost always include a personal experience in my poetry. I've been to NYC many times, and loved it. This is what I thought...
Post a comment
Submit your own

Favorite Quote:
to be or not to be that is the question

I want to go to New York so bad, and after reading your poem I'm practically in physical pain... :) Good work, I love it!

Check out my stuff sometime?

Favorite Quote:
"If you are going to win any battle, you have to do one thing. You have to make the mind run the body. Never let the body tell the mind what to do... the body is never tired if the mind is not tired." -General George S. Patton

View profile
Good Work on the poem. I really liked, "But I say it is the people, the hearts beating below the buildings
The thugs that appear at night, the thespians living above Broadway, the hardworking people, all the Americans, old and new, define this city" because it goes into such a good and detailed description of the people. Keep up the good work!
radicalhonesty GOLD said...
on Feb. 19 2011 at 2:20 pm
radicalhonesty GOLD, Alpharetta, Georgia
12 articles 2 photos 65 comments

View profile
I am the author and the dog picture was a total mistake. It was supposed to be a picture of NYC, I don't know how that happened. But it's cute, don't you thing?