So, because his lips are suddenly
Glued together,
And because his mouth is suddenly
Drier than the Sahara,
He flees out the back door.
The boy can’t breathe.
He almost laughs.
Because it’s kind of funny, once you step back and think about it.
I mean, how often do your own lungs rebel on you?
It’s ridiculous how he forgot something as simple as breathing.

In…out…
And then he starts to think of trivia,
Because it’s something he’s good at.

How many domestic silkworm cocoons does it take to make a tie?
110.
What was Walt Disney’s ironic fear?
Mice.
What are the Kings in a deck of cards named?
Alexander, Caesar, Charles, and David.

He looks around:
Looks at the trees,
The pond,
The moon,
Because these are familiar things.
Because he knows they will always be there.

And then he flounders toward the pond
Because he has a wild urge to see himself.
To make sure he’s still him, that’s he’s still there.
(It doesn’t make any sense, but what does in life?)
The moon gives off just enough light for him to see his reflection.
It’s not him.
Because the man, boy, person staring at him can’t be him.
Because the person staring back at him has scary eyes.

He has wild eyes.

Impetuously, he grabs a rock and flings it into the pond,
Distorting his image.
Because he can’t look.
He doesn’t want to see that man, boy, person anymore.

What is a fear of long words?
Hippopotomonstrosesquippedaliophobia.

He’s on the ground now, curled in a fetal position.
All he can think is: How? How did I let it go this far?

He opens his mouth to scream.
Only a strangled guttural sound escapes.
That’s when he knows it’s over,
That he’s pushed too hard.

So all he can now is suffer the consequences
And scream silently
And beg without words
And pray that someone, anyone,
Will care enough to listen…
Care enough to save him. 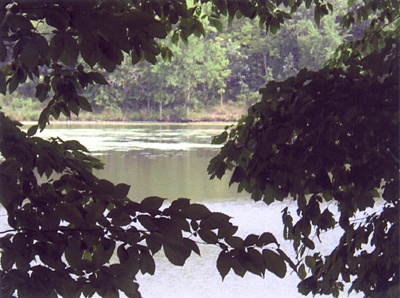 View profile
Thank you so much for your comment! You're absolutely right - that concept was what I was going for and I'm so glad you got it. I'll definitely check your poem out after its been posted :D
Basya44 PLATINUM said...
on Aug. 31 2012 at 12:13 am
Basya44 PLATINUM, Brighton, Massachusetts
36 articles 1 photo 77 comments
View profile
This resonates with me so much. "Because these are familiar things.Because he knows they will always be there."  That is such a profound concept- that people turn to physical things such as a pond, or ice cream when they feel afraid, hurt or confused. I wrote a poem called "denial" about somebody who runs away and denies who they are, and when it slaps them in the face ( like the reflection in your poem) they feel sick with disgust at who they turned into but never mean to become. I would love to hear your feedback on it, although it hasnt been posted yet...I have other poems though that I would love  for you to read. Thank you so much for sharing- very powerful!
DreamInVintage SILVER said...
on Aug. 25 2012 at 9:55 am
DreamInVintage SILVER, Austin, Texas
8 articles 0 photos 2 comments

View profile
Thanks so much for your comment! Your feedback means a lot to me :)
pandagirl312 GOLD said...
on Aug. 25 2012 at 8:44 am
pandagirl312 GOLD, Leawood, Kansas
19 articles 1 photo 91 comments
View profile
I admit, I am one to look at the length of a poem before reading. This one was worth every word. Once I began, I was hooked until the end. I really like the use of line spacing and ambiguity in the poem. You are not told why he has wild eyes or why he doesn't like himself, so it's open to interprete. Great work! :)