All He Said Was Nothing | Teen Ink

All He Said Was Nothing

All he said was nothing, he spoke but did not say a word, alas, we all though he was merely mute.

Lost conversation, too one sided, carried away by wind that wasn't there. But he could hear the no-breeze whisper. Softly, riding silent voices.

And others watched so somberly, his snake like teeth and tongue, move to the will of sentences he cold not convey. But they were sure that if they heard him speak clearly like a polished diamond, all he'd spout be lies, abstaining truth for darkness in a world that was all light. An involuntary trade it be. So In absence of an article to compensate we made sure he said nothing. Which wasn't hard because he lacked the courage to speak.

Not knowing why, but it seemed, long ago, that he could set his mouth ajar and recite all the world's knowledge, claiming to be wise.

He was a liar.

"We should stop thinking that way." Whispers Denial to the one who cut the cover off their ears, and thought.

To the woman, to the catalyst, as I'm sure he would describe her, we all turned our heads and denied she was unfaithful as he claimed, because we knew she wasn't, there was no reason.

And who cut his throat that night so many years ago? I suppose he cannot tell us. After all he hadn't said a thing.

He was fake. He will forever be. As reality is lost in time to him, and suicide is not too prime for him. After all there are too many other ways he can escape, his dreary, dark, and untimely fate.

To the two children of the woman, to the one who heard the man but didn't care enough to say I love you, and mean it. We're all sinners aren't we?

A shadow on a canvass of pure virgin white. Three. Brazen. Spots. Because we were the only ones who heard the beguile words of the man who hand crafted them, who spoke of burning the big white signs to turn the children unfaithful, just like he though the woman to be. To the man who was deceptively kind, to the man that secretly cried at night over the fire in the grill, to the man that lacked maturity and acted as though he could decide who possessed it. To that man I say we heard you, but perhaps we didn't listen. 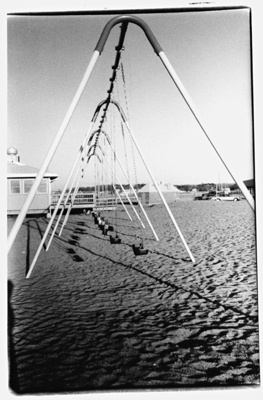 The author's comments:
(I actually did a different version of this piece a long time ago, this is is much more updated) This was inspired mostly by a mix of personal ideas and true life stories.
Post a comment
Submit your own

View profile
Wow thank you! It's wonderful hearing that you hold my words in such respect I don't get that often XD I must admit your work is beautiful and I will make efforts to comment on it ^_^
Shards_of_my_soul GOLD said...
on Jan. 23 2014 at 5:39 am
Shards_of_my_soul GOLD, BHUBANESWAR, Other
17 articles 15 photos 68 comments

Favorite Quote:
if you can't handle me at my worst,
then you certainly don't deserve at my best!

it is the events that shape our lives,
but it is the choices we make that define us...

View profile
AN EXQUISITE PIECE, WHICH EXPRESSES SO MUCH WITH SO LITTLE....-that is what your piece is...all i say is 'beautiful'!!!^_^ P.S. pl read my other articles and paintings....i value your advice so much...sorry i couldn't reply your comment on the 'eyes' art....)
Shooting.Star said...
on Sep. 13 2013 at 10:31 pm
Shooting.Star, Manchester, Connecticut
0 articles 0 photos 1 comment

View profile
This is left me awe-struck!  You have such a way with words, this was incredible!  Well written! :)
Still_Thinking GOLD said...
on Sep. 13 2013 at 9:43 pm
Still_Thinking GOLD, Hebron, Connecticut
10 articles 1 photo 8 comments

View profile
Thank you my friend I'm glad you like it! You have a very clear grasp on the metaphors as well! (Good god I didn't press the reply button xD behold my noobishness)
GreekGoddess BRONZE said...
on Sep. 13 2013 at 7:21 pm
GreekGoddess BRONZE, Andover, Connecticut
3 articles 0 photos 182 comments

Favorite Quote:
"The unprepared rebel dies in the fire."
~unknown

View profile
Oh wow... talk about jelously! This poem was a great peice, enjoyable to read, essecaily with the little hook at the begining. I got the impression that this man is not just a singal man, but perhaps the obbressed, who's voices have been pushed down, their throats cut. I love how this leaves so much room for the reader's imagination to come in and fill in the meaning. Great work!!!!