~Art of Faking It~

Screaming. Crying. Bleeding. Drowning. Dying.
This is all my life has become. My once bright and happy mind is now dark and filled with despair. I used to let people in too easily... that’s where I went wrong. I let them into my heart and they vandalized me like an ugly piece of art. Now I have to put up more walls, testing people to make sure im not hurt once again. I thought I had found the one. But he just used me for fun. He sat there and watched me suffer for what he had done. He led me to believe he had a thing for me, but I knew it was too good to be true. I was a fool to let him in. At first he really did love me but I didn’t love him. But now the tables have turned. He’s moved on and I’m still in pain. I’m stuck here in the pouring ran. Cars go past oblivious to my existence. I started to put distance between the ones who actually cared about me... He had hurt me so much I couldn’t stand to be hurt again. I was already so battered and bruised. I hide my pain from him but at the same time I want him to know the hell he’s putting me through. He told me he still loved me but obviously he loves someone else. I can tell by the way he distances himself. I knew towards the end I was losing him... he got close to one of my friends. He promised me they were just friends, but I’m not as stupid as he thinks. I’m not the dumb blonde. I knew he loved her. I knew by the way he stayed up just to talk to her. Why am I not good enough for him? What did I do wrong? I always felt like I didn’t belong... I felt like I was intruding on them... like they didn’t want me there. I am the outcast, the freak. And because of that my feelings get shoved away by others. I’ve learned to hide my emotions, I’ve learned to be fake happy, I’ve learned how to say I’m fine even when I’m not. I’ve mastered the art of faking it. 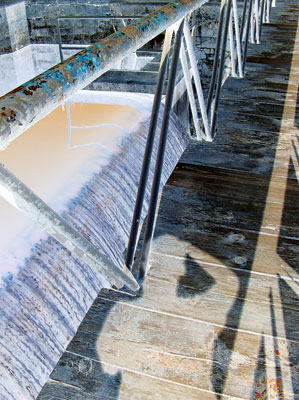