Grease is the Word! | Teen Ink

Grease is the Word!

It was a clear fall night as hundreds of theater-goers from teens to seniors packed into the Barbara B. Mann Performing Arts Hall. Some daring audience members were even decked out in cat-eye glasses, poodle skirts, pink satin jackets, and saddle shoes which could only mean one thing. It was time to “Hand Jive, Baby” because the Broadway National Tour of Grease had arrived in southwest Florida.

Usually a huge musical theatre fan, I was actually not completely excited about going. Don’t get me wrong. I’m usually game for anything with a soundtrack and people dancing along but Grease had never been one of my favorites. Still, a musical is a musical and I traversed to the theatre willingly.

As the lights dimmed down in the nearly-packed theatre, my mom and I took our seats mid-balcony as the curtain slowly rose.

The show began with some audience participation numbers with the help of Vince Vontaine the show’s local radio station’s resident DJ and host of the infamous Rydell High Dance-Off.

As the trademark exterior of Rydell High rolls on the stage a surge of excitement and goose-bumps seems to ripple through the audience as the orchestra starts to play the opening bars of “Summer Nights” while Sandy, Danny, and the other cast members stroll onto the stage.

Now, this tour of Grease is unlike any other. Not only is it the revitalized revival with all new choreography, sets, and costumes, but it also stars two semi-big names in the entertainment industry. Teen Angel is played by Season 5 winner of American Idol, Taylor Hicks while Sandy is played by Lauren Ashley Zakrin, a finalist on the hit MTV reality show “Legally Blonde: The Search for the Next Elle Woods on Broadway”.

For those who aren’t familiar with the story line of Grease, this musical tells the tale of two high school students who share a summer romance and end up meeting again at the same high school. The rest of the show chronicles their experiences along with that of their friends to the end of their senior year.

Well, surprisingly my expectations of the show were highly exceeded. This musical was phenomenal from start to finish. What impressed me most were the amazing dances choreographed by none other than the legendary Kathleen Marshall who has choreographed and directed other famous Broadway shows such as “The Producers”.

My favorite number out of the entire show had to be “Greased Lightning”. This number, starring mostly the entire male ensemble, was dazzling from start to finish as a junky jalopy was rolled onto the stage and magically transformed into an apple red hot rod before our eyes.

Even when I thought the evening couldn’t get any better, my expectations were exceeded once again when I got meet Taylor Hicks in person! He was incredibly sweet and took the time to sign programs, posters, t-shirts, and take pictures for everyone in the long line, after the show was done.

As we exited the theatre, while “You’re the One that I Want” was still stuck in my head, I couldn’t how amazing the production was. The colorful revival of this infamous classic musical is one not to miss. Make sure to check out http://www.greaseonbroadway.com/ for more information and to see if Grease is coming to a theatre near you. 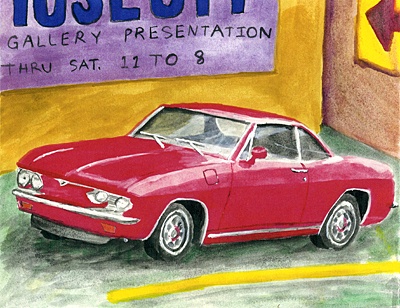