Favorite Quote:
Give the ones you love , the wings to fly roots to come by and reasons to stay …….

Can one girl make a difference in the destiny

In 1942 , after Mahatma Gandhi asks Indians to give one family member to the Freedom Movement,ten year old Anjali Joshi is devastated to learn of her mother who is going to risk her life for the freedom struggle.And , with change comes many more adjustments designed to improve their country and use "Ahimsa", the non- violent resistance to stand up to the British Government.First the family must trade in their fine foreign made clothes, meaning Anjali has to give up her prettiest belongings.Then her mother decides to fight for the Dalit Community also known as the "Untouchables" of the society.With more and more bigger steps along the way.Anjali is forced to get over her past prejudices as her family gets more involved into the movement.

But when Anjali's mother is jailed, Anjali moust decide to chose her fate ,whether to find a voice or remain silent until the invasion of the British is over .With Anjali's confidence and empowerment , she steps out of her comfort zone ensuring that her little part makes a change to not only India but also to the British to see that India can rise in a world full of change .

A book is awarded five stars for one of the following reasons : It is a new all time favourite , it resonates with the reader on such a deep basis or it has the power to change lives including to anyone who is reading the book .And this book "Ahimsa" fits into all the three categories. It gives such a positive and a non-violent message about love and hardships of true survivors of when the British Government took over India.It is such a novel that will influence the viewpoints of readers, regardless of their age.A thought provoking and emotionally gripping story that will inspire readers and many more to always persevere in their own hardships and battles.

Historical fiction is one of my favourite genres as I have read many World War stories but has never ever come across to this topic in reading, and "Ahimsa" is one of the most well written middle grader historical fiction that too one of the literary works of Supriya Kelkar.I truly felt transported in Colonial India as it was painting a vivid portrait in my mind as I was reading the book . The author also shows that Indians were not only divided racially or religiously but also amongst themselves ."Ahimsa" also reflects on the importance of the presence of each family member making up the family unit playing their definitive roles . Yet again , "Ahimsa" is a lovely and a compelling story seen in different perspectives , about one young determined girl fighting for her own country's Independence . 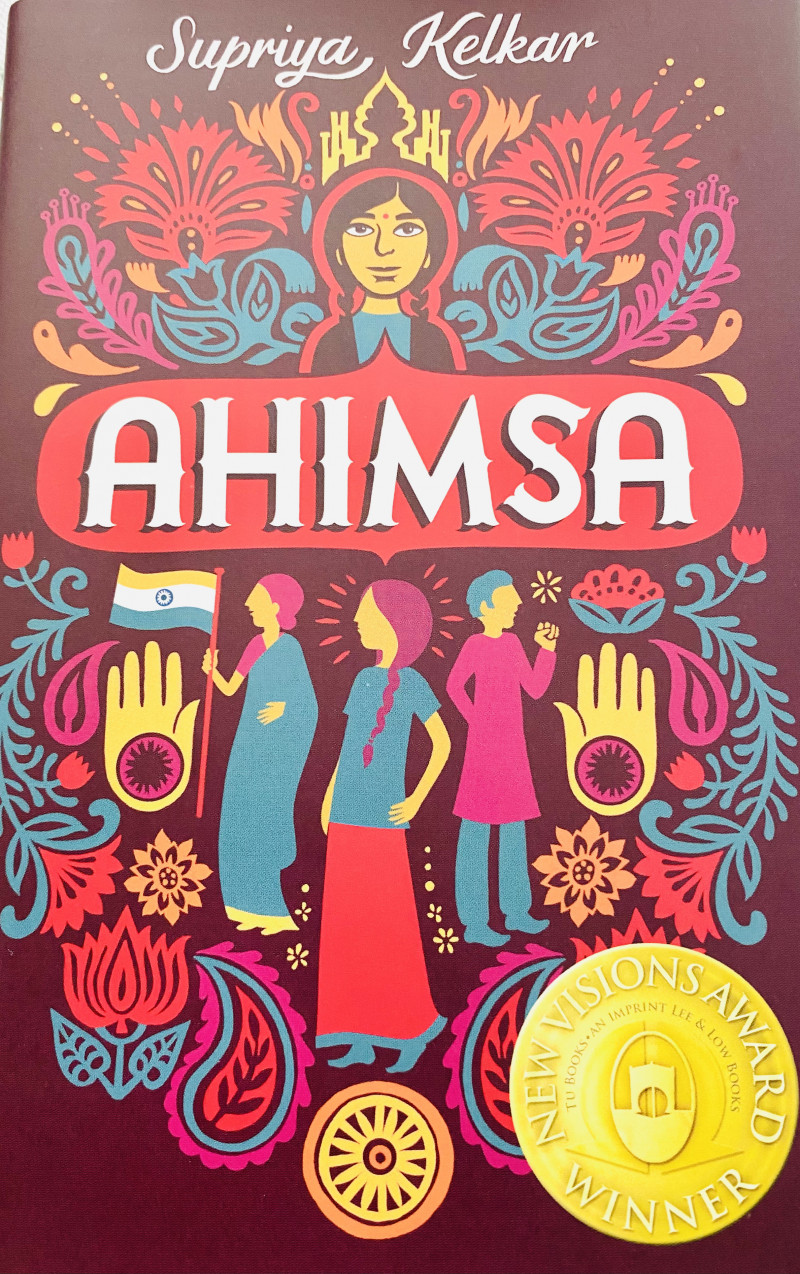