Sense and Sensibility by Jane Austen is the story of the Dashwood girls. Austen's classic tells of the experiences these four women endure upon abandoning their lifelong home for a country cottage known as Barton College. Sense is a multi-facet love story as well as an ode to the bonds we share as women: sisters, mothers, and daughters. Without such a cast of poignant and realistic characters, the book would never have the same effect on readers.
From giggly but neglected Charlotte Palmer to the mysterious and charming John Willoughby, Austen's characters are rich, impacting, and true to life. The most memorable are Elinor Dashwood and Marianne Dashwood, the main characters. If other characters were as intensely scrutinized, readers might find others more effective, but the authenticity of their separate hearts and minds, makes each sister, in her own right, unforgettable.
Marianne's fierce opinions and romanticism balance Elinor's tact and quiet emotions; each of them represent different parts of every woman's personality. Their best moments occur when they conquer the various men of the story, whether it's winning the adoration their cousin Sir John Middleton, defeating the heartbreak Willoughby burdens them with, or being victorious in their happiness with Colonel Brandon and Edward Ferrars. Austen's fictional sisters are evident opposites, but their bonding and devotion to one another throughout the story is truly remarkable, and something we all hope to find in the women we with whom are closest.

The prominent issue found in Sense and Sensibility is that of social classes. For example, Willoughby and Marianne fall deeply in love, but Willoughby decides against marrying her since she has no wealth to offer him. A similar situation occurs between Edward Ferrars and Lucy Steele; they, at one point, wished to be married, but insist upon waiting so that they could inherit his mother's fortune. In the end, neither of these couples is together or even in love, demonstrating that greed exceeded their love affairs. This division opens the characters to new relationships that are healthier and more open to differences. Colonel Brandon, who is in fact wealthy, remains in love with Marianne for the duration of the story, until one day she too finds love in him. Their union, as well as Edward and Elinor's, is based on the love they share rather than the money. This question of values plays a role in the overall theme of the play.

The theme of the story could be various ideas, but that which I believe is the most important is evident in the title: Sense vs. Sensibility. From the variation between Marianne's impulsive passion and Elinor's level-headed restraint, readers learn that in order to live life fruitfully, we must find our balance as the sisters do. Through Elinor's learning to declare her feelings for Edward, and Marianne's learning that her passion for Willoughby is reckless, the sisters discover a middle-ground. This theme is something so simple but so true of the human spirit: it is rare to find a person who is as equally ruled by emotions as by better judgment.

In conclusion, though I found Austen's writing style long-winded at times, the message of the story and her deep-examination of the human spirit were excellent. I loved the characters of Sense and Sensibility and their experiences. The ideas of this book are timeless: the human spirit is unchanging, and we will always have the same feelings and struggles, to some degree, as the Dashwood sisters. Thus, it is one of the most revered and illustrious literary works of all time. 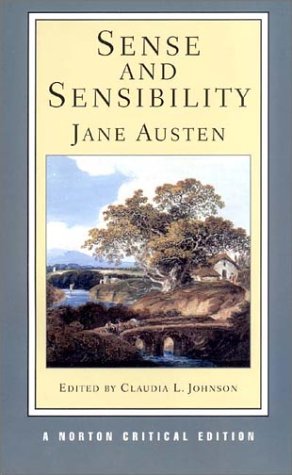