Taming of the Shrew | Teen Ink

Taming of the Shrew

Taming of the Shrew


Shakespeare, a well sophisticated and respected playwright and author back in his day involves many themes and messages in his plays. We see this especially in his play, The Taming of the Shrew. I think that Shakespeare's primary message in Taming of the Shrew is that social roles have a big effect on individual happiness or unhappiness. Every character in this play has a certain social position that has certain expectations of how they should act. This includes their wealth, age, gender, profession, and education.
The social position of Kate is that of an upper-class maiden-in-waiting. Because Kate is a young, rich girl of a noble family, she has certain expectations of how she should act in society. Despite her status, we the reader find out quickly that she wants absolutely nothing to do with this role. Her discontentment, rage, and unpleasantness are all results of her frustration concerning her position in society. Because she doesn't live up to her social expectations, she faces the disapproval of society and becomes extremely unhappy.
On the other hand, two more characters in this play that become extremely happy with their roles in society are Lucentio, and Tranio. When we first meet Lucentio, he is a wealthy young student coming to Padua in search of greater education. He is content will this role in society until he meets fair Bianca, Daughter of Baptista. In order to be close to her and gain her affection, Lucentio changes his role in society and becomes a working-class Latin tutor. Because of his role change, Lucentio and Bianca fall in love and Lucentio becomes very happy. The character Tranio does the complete opposite of Lucentio. Tranio first comes to Padua as a servant to Lucentio. Again, he is content but not satisfied. While Lucentio changes his role to a working-class man, Tranio disguises himself into Lucentio who is an upper-class wealthy student. Because of Tranio's role change in society he is treated like nobility instead of a servant and he becomes more than happy with his new role.
In the end, we see through both happiness and unhappiness that a person's role in society does effect the way someone behaves. And this is Shakespeare's main message in The Taming of the Shrew. 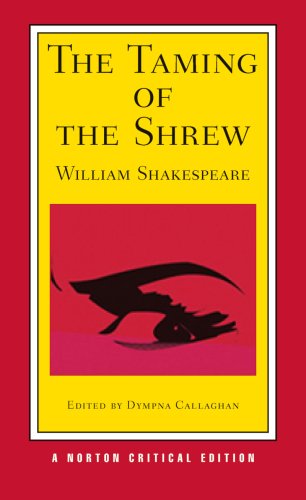