Have you ever wished you lived on the beaches of California even if it was just for one summer? Well, what if that wish came true and your first day there, someone called you a “walking green bean.” That's exactly what happened to Christy Miller when she spent the summer with her aunt and uncle in their home on the shores of Newport Beach. In this awesome book by Robin Jones Gunn the Summer Promise.

Fourteen-year-old Christina Juliet Miller, or just Christy, has lived on a small farm in Wisconsin her whole life, and as you can imagine, money was pretty tight. However, that was not the case with Christy's wealthy aunt and uncle who were accustomed to the finer things in life. This is why Marti had no problem with giving Christy a major makeover complete with new wardrobe. Even if it was only her second day! Christy was stunned and very thankful towards Marti, but even as the very easygoing person that Christy was, she was still very nervous about trying to make new friends. This new look gave Christy her much needed confidence to approach the beach once again, but this book isn't all about appearances, even though they do help.

Some of the more important characters in the Summer Promise are Christy's friends. Such as Paula, Paula is Christy's best friend from Wisconsin and they are just like sisters. Throughout the book Christy writes plenty of letters to Paula, and she even won the bet she made with Paula a few months earlier. Christy also made some friends in California, and the first friend she made was Alissa. Alissa is a beautiful blonde girl who has a very unique accent due to living in so many different places. While Alissa was teaching Christy how to bodysurf, a wave caught Christy off guard dragging her into the shore. That is how she then met Todd, the cutest, sweetest guy she has ever met. Todd helped Christy up when she tumbled in, and then he didn't leave until he had to pick Tracy up from work. Todd introduced Christy to the majority of the people who ended up being her friend. A few of them are Doug, Heather and Tracy; Doug refers to their group as “God Lovers.” Even though they always tried to include Christy, it took her a while to feel like she actually belonged with them.

During Christy's crazy summer with its ups and downs, Christy finds out just how different her new “God Lover” friends are. More than anything she is amazed at how they all talk to God like he is right beside them, just like he was any other friend. Also, they kept saying how becoming a Christian was the best thing that happened to them. This confused Christy because she thought everyone who went to church was a Christian. So this gave a lot of thoughts for Christy to process, especially with Todd and his wonderful way of explaining things or maybe it's those screaming blue eyes, bleach blond hair…

Before leaving Wisconsin, Christy's parents had her make a promise not to do anything over the summer that she would regret later on; knowing this Christy feels she has a huge responsibility to keep her promise. That feeling helps her make some hard decisions that would greatly influence her life. So when catastrophe strikes the beach Christy is ready to help out because Todd can't help but feel responsible. So together they mourn for someone Christy just met, and someone Todd has known his whole life, despite her Aunts rude comments.

Throughout the summer, Christy learns more and more about her true self and the woman she wants to be. In a way Christy felt more tied to California, and when it was time for her to leave she knew she was a true California beach girl not the small town farm girl she used to be. So do you think Christy will, as Todd would say “for sure make it to Hawaii.” (That will only make sense if you read the book) Well I guess you will have to find out yourself by reading the book! 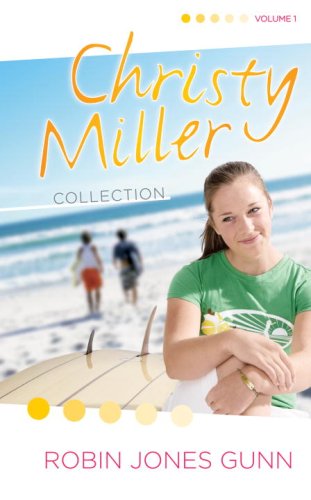