Seattle is the story setting for Freaky Green Eyes, Franky, which is the main character, lives in Seattle but then moves to New Mexico. She's also having a lot of problems with her family. At first Franky is really close to her mother, but after she almost got raped at party, things start to change for her. She was quieter and she didn't even express her self or her feelings anymore. Franky also notice that her mom's acting strange but never dared herself ask her what was wrong. Her mom starts to wear long sleeve shirts and a scarf. Franky knew something was going on between her mom and dad but never admits it to herself. Until she finds out the truth to her moms mysterious death, she knew she's been trying to lie to her self because that's how much she loves her parents, although she's not sure about her feelings towards her dad anymore. Her dad's last words “Francesca, I don't hate you, I don't even dislike you. I forgive you.” made her think he is still up to something and that makes it harder for her to decide if she still loves him or not.


The author of Freaky Green Eyes, Joyce Carol, shows the theme of family and love towards the middle of the book. Joyce Carol describes her characters so well, especially about how they feel. She also has a little of suspense which attracts the reader more into the book. She doesn't only use suspense. She also uses other methods to attract the reader. The theme of the book also keeps you reading. She also gives great detail on every event and makes you wonder what's next.

Freaky Green Eyes, by Joyce Carol, brings memories of the book called A Child Called “it” by Dave Pelzer. Even though one book is non-fiction and the other on is fiction, they're somewhat similar. These two books have a similar theme which are abuse and love, but in Freaky Green Eyes the one who's being abused is the mom and a little bit the girls who are really trying to get love from their parents and in A Child Called “it” the one who's getting abused is the little kid, David, and he is also looking for love from anybody but especially from his mom. Joyce Carol wrote a very interesting book that you wouldn't want to put down until you find the answers to all your questions. Although some parts were real slow without action and boring this is still a must read book. Teens who have read Dave Pelzer's book should read Freaky Green Eyes. 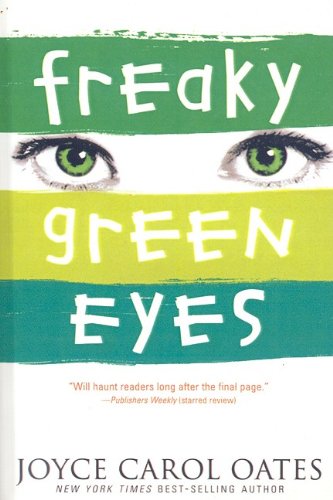 Brittany said...
on Dec. 23 2009 at 8:04 am
I loved Freaky Green eyes, i was abused as a child and i found so much that i could relate to also if you have not read any of Dave pelzers books you should really look into reading them.