The Life of Pi | Teen Ink

The Life of Pi

The Life of Pi was created with a unique writing style by Yann Martel and published in 2001. Yann possesses a writing style that is good and at times can border on amazing. To date, the book has sold over one million copies world wide. Although the writing style is good, it alone can not make up for the unoriginal remaining entirety of the book; that is not good. If a person gave a picture to Yann Martel and said, “Describe it!” the description would likely give them the same sense of fulfillment or enjoyment as the book: none; based on the book.

The entire plot spans the period of about one year if flashbacks and other brief moments aren't included. A one year period seems fairly reasonable and exciting for a 400 page book, simply for the reason that a multitude of events can occur over the course of a year. You might even think that there aren't enough pages. Relax, because this entire book involves sixteen year old Pi Patel describing a zoo. He then boats to Canada after the zoo is sold. Surprise; the boat sinks and Pi is stranded on a life boat in the middle of the ocean with a Bengal tiger, or so he thinks. The last 300 pages consist of Pi describing his self-stated repetitive and monotonous schedule on a life boat.

Yann Martel set a pattern of repetitiveness throughout the entire book, leaving a lot to be desired from the plot. Similar to the plot, the setting sees very little in the way of change. There is some change, but more often than not, it usually remains brief and is abandoned by the authour. Although the plot isn't common in stories, it seemed stale by the end of the book. Making sure not to break the pattern; the protagonist, Pi is heavily introduced trough first person at the exposition of the book. In a old and predictable pattern, more useless information is revealed at such a tiny rate that it in no way impacts any other element of the story. At least Pi is telling his own story through his own eyes so that you can feel the sometimes human emotions he experiences, all in all he isn't one hundred percent believable as a human. Since it is in first person you would think that he could twist the story to make it more entertaining, unfortunately, you can only twist a single idea so many times.

Overall, the book fails at one of the most vital aspects of fiction: provide an engaging story and plot. There are many possible interpretations of the ending. Unfortunately enough, none of the endings are creative, clever, or particularly amazing. If you expect creativity in your plot as well as a definitive ending, don't bother with this book. This book as a package is average at best and is not for those that have any expectations from a million copy selling book. In the end I'm sure it would have been a much better idea to spare the few trees alive that were used to make the book than to waste them on 400 pages of repetitive and uncreative story telling. If this book is supposed to be a roller coaster of excitement I must have been in a long line up for a ‘kiddie coaster'. 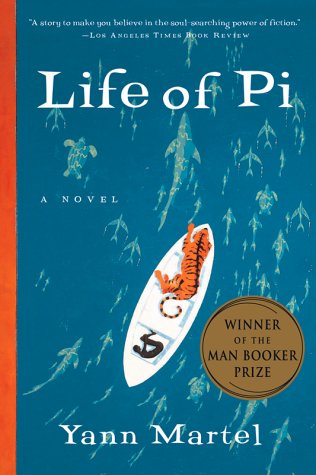