The Merchant of Venice | Teen Ink

The Merchant of Venice

The Merchant of Venice
By William Shakespeare


The Merchant of Venice is a dark comedy that is written by William Shakespeare in the 16th century. Shakespeare wrote around 37 plays and 154 sonnets, and he also helped other authors with their works. It is believed that Shakespeare didn't really write the Merchant of Venice all on his own. Many people think that it's impossible for him to have written that many works and parts of this story are very similar to other stories. Many people think that he plagiarized many other authors in order to write this play.

Bassanio wants to marry Portia, but he needs some money so that he can go see her, and get her hand in marriage. So, he asks his wealthy friend Antonio for some money, and Antonio agrees to give it to him, but at the time, his ships were out at sea, and when they came in he would have the money, but that was to long for Bassanio to wait. Because by the time Antonio's ships came in, Portia would be married to someone else. So, Antonio asks Shylock, a rich Jew, for a loan. Shylock agrees, but he says if he doesn't get his money back by a certain date, he wants “a pound of flesh” from Antonio. Antonio agrees, because his ships will come in, and he will have the money before he has to repay Shylock. So, Bassanio takes the money, and goes to visit Portia. He wins her love, and they are going to get married.
Meanwhile, Antonio's ships get lost at sea, and so he has no money to repay Shylock. So, Antonio and Shylock go to court to battle this out. Portia and Nerissa dress up as a lawyer and a lawyer's clerk for Antonio, and represent him in this case. They win the case for Antonio and Shylock is left with nothing, because according to the law, the money is now Antonio's. So, Antonio doesn't have to repay Shylock, and he gets the money. But, Antonio tells Shylock that he can keep the money, if he deeds it to his daughter and her husband whom he has disowned. Shylock agrees and goes on his way. Antonio and Bassanio go home to their wives (Portia and Nerissa) who tell them that they dressed up as the lawyer and the lawyer's clerk. Antonio is grateful to both of them because they saved his life. They also find out that Antonio's ships have been found, and they are fine. Antonio then receives his money, and he is a wealthy man again. 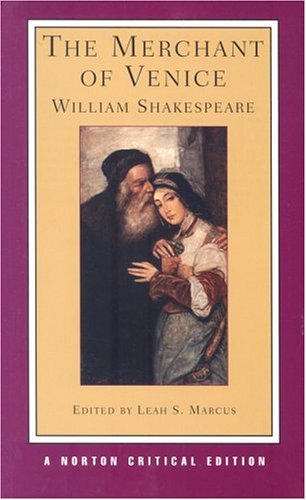