Lock and Key by Sarah Dessen

Favorite Quote:
"There's no shortcuts to anywhere worth going"
-me

The book "Lock and Key" by Sarah Dessen was a very interesting book. The main character, Ruby, leads her life as a minor after her mother suddenley abandons her for a unclear reason. Filled with determination to put her mother behind and live life on her own, she is caught living alone when her washing machine breaks and the landlords feel the need to come and check it, thus being sent to live with her older sister, Cora.

Filled with drama, romance, and other interesting elements, Ruby reaches out to many people, like Cora, who she was taught to believe never contacted her or her mother after she left for college, Jamie, Cora's extra-smart, rich husband, and Nate, the cute and sweet boy next door who is tottaly out of her league, (or is he?) while also leaving behind backstabbing friends such as Marshal, her former boyfriend who cheats on her, and Peyton, Ruby's former best friend, who cheats with Marshal. She soon learns that she is better off without them anyways, as they were adverse influences in her life.

If you ask me for my persanol opinion on the book, I think it is a great book, addicting from the moment you flip the cover untill you read the last word. I would reccomend it to age groups of 8th grade and up, as it has some mature content in it. I would put it into the romance depertment, although it has much more to do then love. 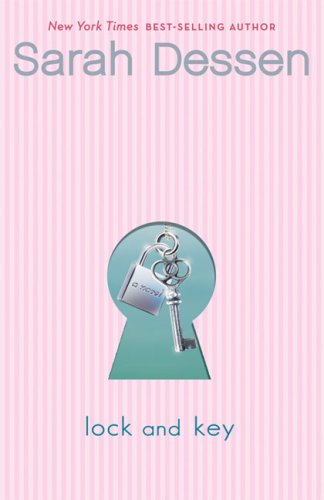 View profile
whenyou  are doing book reports or any other formal piece of writing it is best to do them in the present tense and in third person. Try to refrain from using " i like" and try to end in a stronger ending almost like restating your arguements to leave a stronger impression on the reader.
Healing_Angel said...
on Jul. 21 2010 at 3:29 am
Finally! I was wondering when a review for one Sarah Dessen's books would end up on here! Great job with the book review. Detailed, yet it gave nothing away.