We’re all guilty of it. We come across a situation, torn and indecisive, fretting over which path to choose. The realistic, but unappealing path, or the optimistic path that makes us feel better? Naturally, we take the nicely-paved road with the flowers along its side. In Shakespeare’s Julius Caesar, Caesar comes across such a fork in the road. His wife’s prediction appears to him as the dark unraveled road, whereas Decius’ prediction is the tempting tunnel with the light at its end.

Calphurnia, the concerned wife, does not succeed in making her way the most appealing. When she says “…and I do not fear them,” she suggests Caesar steps down and hides--a direct stab at his position as leader, and ultimately, his warrior male ego. Caesar, wanting to pick himself back up, “shall go forth,” and prove he is not afraid, the “valiant” who does not fear a “necessary end.” Alas, Calphurnia has misinterpreted her audience, and her attempts backfire on her. Her choice of words does not help, either. Why would Caesar be attracted to “horrid sights” and yawning graves? Could squadrons which “drizzled blood upon the Capitol” appeal to him?

In contrast to Calphurnia’s, Decius’s “interpretation” of the dream is attractive and appealing. His use of details, where Caesar is respected and revered, gives Caesar’s confidence the boost it needs after Calphurnia shoots it down. After all, what does a caesar want from his subjects more than “smiling Romans” and “great men [pressing] for tinctures, stains, relics, and cognizance?” Decius wisely taps into Caesar’s desires as leader and suggests faithful subjects and a prosperous future. Decius’s attractive diction combats Calphurnia’s, inciting optimism and a great future. At the end of his speech, Decius hit’s the spot--daring to subtly suggest Caesar is being a coward: “Lo, Caesar is afraid?” This last punch hits Caesar’s soft spot, and he is convinced to go.

Calphurnia’s rhetoric is misused--she forgets who her audience is. Decius succeeds, knowing Caesar’s impulses. Unfortunately, the more appealing path is not always the one which carries us safely, or wisely. Beneath its nicely-laid gravel are traps and stones, ready to damage at any minute. All the roses decorating its sides are attractive, beautiful, and sweet-smelling, until we get too close, reach out for one, then do we realize it is too late, and its thorns have already hurt us. 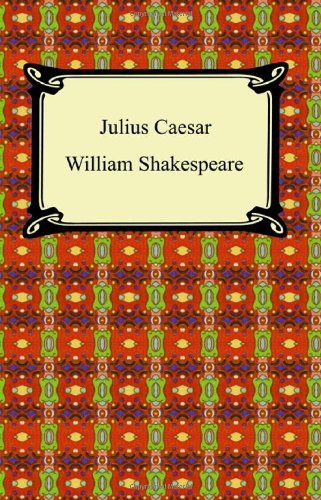 
Buy from Amazon
The author's comments:
Another 40-minute AP prompt of mine, literary analysis this time...oh, Shakespeare.
Post a comment
Submit your own