Bless Your Heart, Tramp: And Other Southern Endearments by Celia Rivenbark | Teen Ink

Bless Your Heart, Tramp: And Other Southern Endearments by Celia Rivenbark

Celia Rivenbark’s first book, Bless Your Heart, Tramp: And Other Southern Endearments is a classy, uproarious look at various topics, such as ATMs, shopping for birthday cards, hurricane preparedness, and designer cat litter, through Southern eyes. In the first part, At Home, Rivenbark discusses life as a stay-at-home mom with a husband and a two-year-old daughter. In Happy-Meal Hostage, she realizes she has gone too far at the Burger King drive-thru when she insists on getting a Tinky-Winky toy in her daughter’s Kids Meal (instead of the lesser-quality Rugrats toy). She hilariously translates advice for a fifties wife into advice for a present-day wife in Fifties Home Economics Advice. In If He’s So Sick, Why Am I So Tired?, Rivenbark discusses the tiresome and ridiculous task of taking care of her flu-afflicted, whiny husband (i.e. making homemade chicken soup because he thinks the soup she fed him tastes canned). In Revenge of the Amish Friendship Bread, she discusses how the infamous liquid yeast mixture known as Amish Friendship Bread is just a gigantic waste of time. In Time to Reclaim My Funny Skin?, Rivenbark’s Disney-obsessed toddler marvels over pantyhose and has trouble deciding what she wants for lunch.

In the second part, The South, Rivenbark discusses life all around the Southern U.S. In Bless Your Heart, Tramp, she laments the fact that Southerners are losing their traditional speech patterns. In Southerners vs. Snow, Rivenbark discusses how Southerners cringe when it comes to snow. In Carlos and Ruby, she tells the story of an elderly couple who did everything together and passed away days apart from each other.

In the final part, And Everywhere Else, Rivenbark takes a Southern look at news across the nation. In The Grits Gonna Rise Again, she tells the story of a pot of grits that exploded and severely injured two people. In Subarus and Lesbians, she imagines how a straight woman’s parents would react if she drove up in a Subaru, which studies show that lesbians are four times more likely to buy than anyone else. In Card Shopping for My Gay Friend’s Dog, she discusses the outlandish, newfangled categories of greeting and birthday cards. She beats herself up for following a disproven study—which said that classical music could increase intelligence in infants—in Mozart Means Absolutely Nuthin’.

Celia Rivenbark is truly a master of written humor. Her Southern-belle wit and journalist past are a match made in hog heaven—and this book proves it. I highly recommend it to anyone who has saved room for a hearty helping of country-fried laughs. 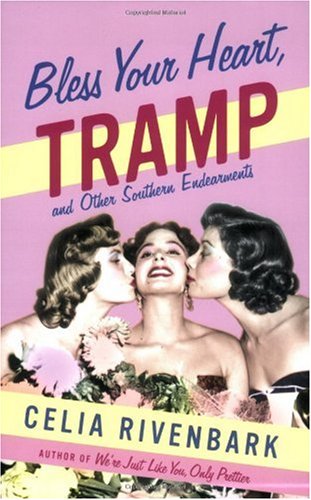 Favorite Quote:
Because I can!-Me "Life is a choice and death is a decision"-Lil Wayne

Favorite Quote:
People are like quicksand, regular at first, tricky next, the end, you sink. -Annoymous

View profile
Way cute, this makes me want to read it! And that is the whole point of a book review, this helps me a lot because i have to write a book review for English, and I didn't know where to start!(: Thanks!(: I'm definetly checking out the book:)