Favorite Quote:
\"The world may be broken but hope is not crazy.\"
-John Green

It is an undeniable truth: paranormal romance has taken over the shelves of the young adult section of the bookshelf. Vampires and werewolves are the apple of the teenage girl’s eye. Bram Stoker is probably rolling over in his grave laughing at our latest pop culture fad. Vampires that don’t drink human blood? Ridiculous. Werewolves that change completely into wolves any day of the month? Absurd.

However, Andrea Cremer creates a world where wolves are not to be coveted by humans, and humans are as insignificant to the wolves as the school they attend. Her world of Keepers, Searchers and Guardians brings new meaning to the word hierarchy, and the social interaction between the members of this world creates a story like no other. Cremer’s wolves are the luckiest I’ve read of in a while, they don’t forget who they are, as do Maggie Steifvater’s wolves, nor do they lose their clothes when they shift from human to wolf like Stephenie Meyer’s world-renowned pack.

While the wolves—Guardians—loyally serve their Keepers, they also protect a sacred site at the top of their mountain. The evil Searchers are trying to gain access to this site, but were that to happen, “the natural world would no longer be held in balance. All the good intention, the hope of creation would be unraveled and the world would be destroyed.”

Meanwhile, the two junior wolf packs of Vain are about to merge as the Union of their alphas approaches. Calla, our dedicated, independent narrator, and Renier are to be unified on the night of Samhain. Although the packs never socialized amicably, the Keepers said the union would happen, and so it would.

Though Calla and Ren were never friends, she accepts her fate and is knows her duty as an alpha and a Guardian. Until, of course, she meets Shay. Shay, who is a human who is inexplicably comfortable around the wolves. Who is drawn to Calla from the moment he meets her. Who challenges everything Calla has ever known, and asks questions she can’t answer. Who knows nothing of the supernatural world he is so vitally a part of.

At times the novel seems unrealistic, even for a supernatural flick. Calla, who wants so badly to be strong heroine, is an indecisive and almost undeveloped character. She is more than willing to break her master’s most forbidden rules on one occasion, the next day she won’t even look a book that has been forbidden. She won’t let Renier touch her because she is supposed to be pure on the night of their union, but that soon flies out the window when she discovers how much fun it is to kiss a boy. Renier’s constant presence annoys her, but when he grants her wish and leaves her alone, she is upset that he no longer pines after her.

Overall, the story is an internal battle. Calla’s loyalty is split for the first time in her life: her pack, or her heart? She has always known what she was born to do, but that the time has come she isn’t sure she has the will. But what does will matter when you are unquestionably and undyingly loyal to your master?

And when you are unquestionably and undyingly loyal, are you not a slave? 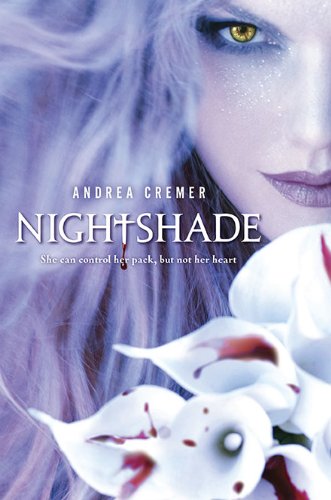 View profile
You pose a deep and meaningful question. Ponder this I will...