What is truly of value to you? Is it your appearance, your wallet, your dog, or maybe a tamed flower? What is it that because of it something as simple as stars brings you joy and laughter? Or perhaps you are like the many others on this earth that have forgotten how to truly understand things, that have forgotten the difference between dollar value and just plain value?


Because we are all reflections of our society and our experiences everything is relative. To us wealth is the quantity of dollars we own, to the Little Prince it’s flowers and to the inhabitant of asteroid 352 wealth lies in the stars. The Little Prince, having only seen and lived on a small asteroid, couldn’t process how big Earth was. Even a flower in the Sahara thinks that only 7 men exist on Earth. To her the world is limited to how far her eyes can see. To foxes men are no more than hunters with tasty chickens. There is no definite meaning to anything. The same applies to matters of consequence. Who is to say that becoming bankrupt in one day is worse than becoming narrow minded in one year. Or that losing chicken is worse than losing a beloved flower you have given so much value to. To the Little Prince the matters of consequence is never something tangible you pay but how much of yourself you give up. Therefore the true importance in things is always invisible, seen with one’s heart not with one’s eyes.


The Little Prince once had a beautiful rose bloom on his humble planet. This common rose was the only of its kind on his planet and in his memory. So as you can imagine this rose was a little full of herself. The Little Prince gave much thought and effort into nourishing the flower and when you put time and effort into something you subconsciously give it value. The Little Prince quickly forgot the attributes to his planet by the rose and instead focused on the words of the rose and not the deeds. So he gave up on his rose and left. Soon he felt as if a part of him was missing. Was it not his responsibly to take care of the flower after he had given it so much importance? It was a heavy consequence to endure much more difficult than just having a simple fine to pay. What was worse was that he had left while he and the rose were in the middle of putting up with a few caterpillars so one day they would become butterflies. The flower had clearly taught him; never give up on something painstaking for one day it just might blossom. Yet he did just that.


The Little Prince learned that befriending people or ‘taming’ people makes that person unique in all the world and once you do so you add a whole new dimension to everyday objects. No longer is that just a wheat field but now it’s the remembrance of dear Sally’s hair. Because of this bond even losing them isn’t all that bad of a consequence for you still have that small ship of happiness in a sea of despair. He learned all this from a fox that only wanted a friend so he too could experience the kind of wealth that is gained only through people or knowledge. Because isn’t that what wealth should be, not how much money is in our pocket but how much friends and the happiness we radiate and posses? Not the size of our wallets but the size of our hearts?


We are our thoughts, so if one bad thought is left alone and allowed to create new thoughts before you know it bad ideas will have taken over you and your whole thought system. The same thing happens with Boababs, if the Little Prince allows just one innocent Boabab sprout to grow in the blink of an eye is whole planet will be consumed by it. The severe consequence of simply pushing off or not looking closely enough can cause a being to be shutdown. Things take years to be established but it just a little laziness and a few seconds can destroy it. “So remember children, watch out for the Boababs!” 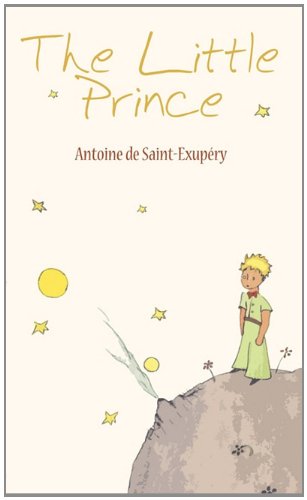