This book was overall pretty boring. A family lost its mom because of cancer and now the dad does not take good care of the youngest, Tobin. Tobin always visits his crazy grandma but his dad does not like her. They have not liked each other since the mother died. Tobin gets into a fight at school but a new kid, Henry, helps him. Henry and Tobin become friends. Henry and his brother, Harrison, have chickens and want to make a buisness out of it but do not have enough chickens. They convince Tobin to get chickens and become a part of the buisness. The only part that I was compelled to was the family drama. Tobin asks his grandma if he can live at her house. His grandma gets the wrong idea and calls a social worker. Tobin is moved to a foster home with tons of food and a huge television set. It was really disappointing to me because you don't know where Tobin is going to live, the author just leaves it at that. It had a good plot, but the ending just wasn't that great. 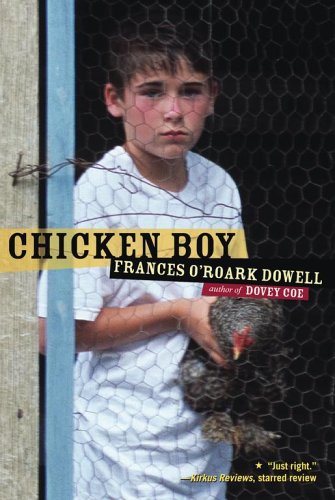