You're probably familiar with the film, Fight Club, but I'll bet you didn't know that it all started with a book. Chuck Palahniuk's novel of the same title was the spark that began the phenomenon.
The story opens with our nameless narrator, an insomniac, standing on top of the Parker-Morris building with a gun in his mouth. With him is Tyler Durden, an anarchist set on changing society. You must decide for yourself whether he is trying to save the world or destroy it. Why exactly they are on top of the building is not clearly revealed until the very end. The novel is told in flashback, mostly from the first person point of view.
The narrator, sometimes referred to as ‘Joe,' has been attending various support groups because they seem to cure his insomnia. Ironically, none of the support groups are for insomniacs. According to him, the people in the groups have real problems, and being around them in an emotionally charged setting is his catharsis. Ridding himself of all his emotions that he can't express allows him to sleep. Of course, no one knows that he is a poser. Until Marla Singer shows up. Marla, a fellow support group fake, knows that the narrator is not sick. She says that she likes the groups because they show her how important life really is. However, the narrator soon realizes that with Marla around, he can't sleep anymore.
When his apartment is burnt down, along with all of his ‘precious' possessions, the narrator has no idea what to do. So, in a moment of desperation, he calls Tyler Durden, whom he met on a flight a few weeks prior. Tyler agrees to let him move in to his house on Paper Street. Tyler tells him that he is not tied down to his possessions, and that if he allows himself to become so, his things will own him. He has very strong opinions about society and consumerism, and voices them clearly. Before narrator moves in, he and Tyler meet at a bar for a few drinks. As they are leaving, Tyler suddenly says to him, “I want you to hit me as hard as you can.” This takes the narrator off guard and baffles him, but Tyler insists that he “doesn't want to die without a few scars.” This is the beginning of Fight Club. Soon, Fight Clubs have sprouted all around the country, each following the rules of the original. Men of all ages meet every Saturday night in basements of bars, office buildings, or wherever they can to fight and relieve their frustrations.

The rest of the novel takes the reader through the narrator's new life, free of possessions and learning to fall. After all, “The further you fall the higher you'll fly.” It details his relationships with Tyler and Marla, and his growing confusion of both. Soon, people start mistaking narrator for Tyler, calling him ‘sir' and giving him special treatment everywhere he goes. “You were here, sir. And then they wink at me.” He learns that Fight Club has gone full-scale, and is now something much larger. It has turned into Project Mayhem.
Fight Club has something for everyone. Romance, comedy, action, and of course, lots of suspense. It delves deep into man's psychological state, the problems with society and consumerism, love, and self-worth. Basically, its main theme is finding out what makes you feel alive. I highly encourage anyone and everyone to read this book. Even if you have seen the film already, the book will give it a whole new meaning and heighten the impact substantially. 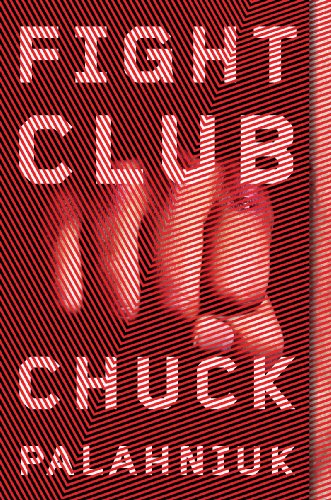