House Of Night by PC Cast and Kristin Cast

House of Night is a young-adult book series written by P.C. Cast and her daughter, Kristin Cast. It is about average teenagers who are marked by the Vampyre Goddess, Nyx. Once they are marked, they need to go to the House of Night, the school for fledgling vampyres, to complete the Change or else, they die.

When teenagers are marked, they get a crescent moon tattoo on their foreheads which will be completed once they complete the Change. But once Zoey was marked, her tattoos were already complete and covering almost all of parts of her face – a sign that she was special to Nyx. It was hard accepting the fact that you are marked and have to say your farewell to your human friends and go to the House of Night. Same went with Zoey but her Granma helped her.

Once she was in the school for vampyres and fledglings, she met her new friends who made it easier to accept what she was becoming. But as people say, “if you have friends comes your enemy,” Zoey finds herself in a one-on-one battle with the leader of the Dark Daughters, Aphrodite, for becoming the next High Priestess of Nyx and for the love of Eric, a drama boy. 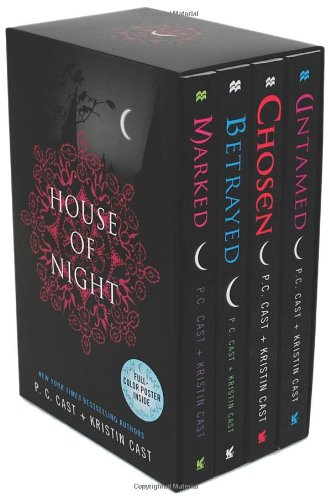 
Buy from Amazon
The author's comments:
I read the book because of my friend's plea. Now, I am not very pleased, to be honest.
Post a comment
Submit your own

View profile
I actually hate/despise most young adult vampire novels, such as Twilight, but I loved these series as they go on and found them very compelling. If you haven't read the rest of the series I strongly recommend it as they just keep getting better :)
musicispassion PLATINUM said...
on Jul. 8 2011 at 10:52 pm
musicispassion PLATINUM, Perris, California
35 articles 0 photos 733 comments

Favorite Quote:
" Life is never easy for those who dream."
There are so many other quotes i need pages to write them

View profile
i enjoyed this series very much my fav charather is stark i haven't read the last book though :P