Witch and Wizards by James Patterson

Favorite Quote:
"I would rather hated million times for what i did then loved a million times for what i didn't do." - Daniel Moto
" I've sought out to be the best i could posibly be but when i hit a roadblock in life what did i do, i had two choices either stay at the roadblock or i take this roadblock and make of it and go around it and achieve my goal. So, what will it be?"- Daniel Mathia

"People take love like its a four letter word or just a phrase that you tell people or your friends all the time. But in reality love is much bigger than a merely phrase or 4 letter word. Instead love is a genuine promise or covenant to that special person."-Daniel Mathia

“Why change yourself when you were made perfect and wonderfully by the creator of everything?” – Daniel Mathia

“If live is not hurtin then were really not living in.” – B. Reith

You know in a world where people believe anything their one story that brought everybody attention. And that story was called Witch and Wizards. But instead of me telling you what really happened. I decided to give my twist on it. So, sit back gets some light butter popcorn and some sit in your favorite chair and is amazed on what I’m going to do.

Know that you’re convinced that this by far would be the best story you’ve ever read. I should tell you that this is not the original format. This is a format that is coming directly from my brain and not from James Patterson.

Okay, imagine a world where when you hit 17. You have two choices you either get thrown in a private island or you go bye bye. The only reason why you have those choices is because you’re deemed as a different person by the government. I think that word is Wizard or Witch. I’m guessing that what it is.

Why if the head government person left for a vacation and didn’t show up? Yes, that’s the idea once you become the president of Wizardly Ville you have to take a vacation to a desert island and you don’t come back until you win this completion. (Hunger games allusion) I just felt like pointing that out. Anyhow, so the winning president gets paid 100,000 wizards dollars and they get to free their wizards from the deserted jail in Uokatiopia Ville. So, in other words the winning team gets bragging rights and this really nice used shiny trophy.

Know that you’ve been amazed by my concept. I would like for you to approve it towards James Patterson and tell him I told you to send it to him. Okay…..please do so that he’ll know what’s going. 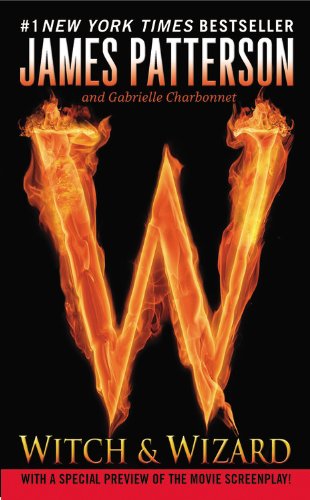 
Buy from Amazon
The author's comments:
I wrote this piece for a newsletter that i make with a few friends. This is a humoruous review.
Post a comment
Submit your own

Favorite Quote:
“We are all a little weird and life is a little weird, and when we find someone whose weirdness is compatible with ours, we join up with them and fall in mutual weirdness and call it love.” - Doctor Seuss

View profile
I agree that it is comical. Some grammar errors and sentence confusion but overall it's well done (:
iCheeto PLATINUM said...
on Jun. 15 2012 at 9:42 pm
iCheeto PLATINUM, Cape Coral, Florida
25 articles 0 photos 61 comments
View profile
It's funny, and highly confusing.  I laughed a lot and was lost for the whole piece, good job :)
hypermagical said...
on Jun. 13 2012 at 12:12 pm
hypermagical, Indianapolis, Indiana
0 articles 0 photos 144 comments

Favorite Quote:
"Forget mistakes. Forget failure. Forget everything except what your doing now and do it."