Annie, Between the States by L.M.Elliott | Teen Ink

Annie, Between the States by L.M.Elliott

As events radically move apace in L.M.Elliott’s disguised-as-a-story psychoanalysis of the Civil War, the protagonist, a stubborn, hardheaded and obstinate child named Annie Sinclair finds herself caught in the vortex of uncertainty; to dive more deeply in the fantastic world of books where fantasy meets fiction and figments of the imagination uncannily spring up in normal everyday life, the world where she found solace after the death of her father and two brothers, or to grow up and realize the responsibilities she had to fulfill in her womanly role. Although her sympathies lie with the Confederate soldiers, yet the empirically established quote “all is fair in love and war” establishes its stronghold in her heart, coercing her to help alongside her mother to tend to the injuries Union soldiers have been afflicted with in her Aunt’s lawn that is being used as a makeshift hospital. To Annie’s mother, a wounded boy is a wounded boy, but to Annie it’s a different story. As the war rages on, Annie learns to resist pusillanimity and become stronger, resilient and more acceptive of Union soldiers.
By accomplishing daring feats, such as riding bareback on her horse Angel to warn Colonel Stuart and her complacent brother Laurence at the confederate camp of a plan concocted by the Union soldiers that she had overheard, Annie becomes brave. Moreover, she masquerades as a man to rescue her friend and a former slave from kidnappers intent of selling them in the north, and kills a Union picket under the blanket of self-defense.
Was has a cruel sense of humor, striving to separate us from the ones we love so dearly. In the futile attempt to save her property and the food that remained from the violent onrush of soldiers, Annie’s mother, unable to bear any more trials, passes into the void to join her husband and sons. And Laurence’s returning home with the right arm missing doesn’t help matters at all, but hinders the usual progress of time by becoming a liability larger than anyone supposed him to be. Teetering on the edge of the cliff between life and death, Annie becomes stronger and braver than the blood-fearing, timorous little girl she once was.
Attending to wounded Yankees, Annie saves the life of Thomas Walker, a Yankee who reads Byron and Keats and who was accidently saved from a piercing bullet by a poetry book. Gratitude swelling up inside her, Walker’s mother sends Annie a book of Byron’s poetry and a piece of cloth to make into a dress for Miriam, Annie’s mother. Although Annie is irritated by him at first, yet the seed of love begins to grow in her heart, resulting in her wedding Walker after he has renounced his military position and Annie has relocated to Massachusetts, Walker’s homeland.
The effects of the Civil War on Annie were profound. By the end of her ordeal, she becomes the person she was destined to be; accepting, brave and courageous. Managing Hickory Heights, rescuing friends, dealing with loss, experiencing the war firsthand, and being imprisoned were all fundamental events leading to her transition from a book-worm to a strong young woman who, despite her Virginian loyalty, recognizes the truth: things are rough all over, and we must do what we must in order to survive.
This book possesses all the necessary elements that make up a masterpiece: war, romance, adventure, tragedy, heartbreak and even humor. It bleeds with the culture of the era, hums with satisfaction at being one of the best and gives the reader detailed (bordering on gruesome) depictions of the Civil War and life on the warfront. It is a must read, and one we must preserve as an asset for the future generations. 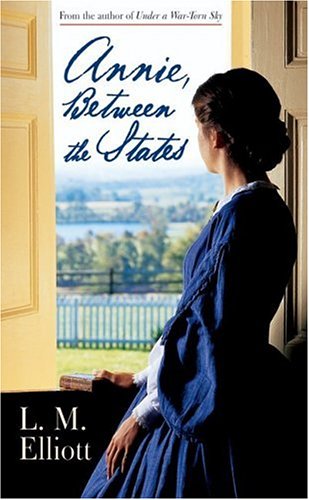 
Buy from Amazon
The author's comments:
A review I actually wrote to help someone, but since it wasn't required, so I thought of getting it here.
Post a comment
Submit your own

View profile
I LOVED this book. It is definitely one that should become a classic. I read Gone With the Wind, and don't get me wrong, it was a good book too. But...Scarlett isn't nice, isn't daring, isn't willing to fight for her country (or state, whatever), and just isn't Annie. It's educational, and you fully come to appreciate how life might have been in that time, while also getting caught up in the troubles of Miss Sinclair. :)
mkhan said...
on Sep. 7 2012 at 7:01 am
this is really an amazing and awe-inspiring review. hats off . keep up the good work . all the best:):):)