"The Lesser of Two Evils"


Yellow skin barely thick enough to cover muscle tissue or arteries, a cumbersome stature, flowing black hair, pearly white teeth: these features, initially thought to be “beautiful” by Dr. Frankenstein, made for a ghastly contrast between the watery eyes and black lips of his creation. From the moment electricity sent life through the monster’s veins in Mary Shelley’s Frankenstein, “it” was predisposed to be a horrid menace that not even its creator could accept. The monster looked, and was therefore expected to act, evil. Despite this projected behavior, the monster proved to be an articulate and sympathetic brute whose heinous acts were triggered by its own alienation and maltreatment; the monster is morally ambiguous, which prevents it from being branded as either fully good-hearted or malicious, and provides the reader an opportunity to decide whether or not it is an inherently good creature turned evil by the circumstances.


The monster’s appearance, grotesquely painted in the minds of the reader, is the main reason for its frustrations with itself and society. It is constantly rejected and written off as a “heinous” demon – first by its creator, then by its supposed friends at the cottage, and finally by the villagers in the world at large. If the narrative was told solely from Frankenstein’s point of view, the reader would be unable to regard the monster as anything more than the savage its appearance (and Victor’s own bias) suggests; the monster “loping” its way toward Victor in the mountains or flashing smiles above his bed would remain a figment of mystery and horror. For it is told from varying perspectives, the reader is able to connect the loping brute to its eloquent, sensitive, and gentle stories about the peasants and intellectual responses to Victor’s curses in the mountains, thus making its ugliness and menacing appearance pale in comparison to its surprisingly human nature. The monster’s horrifying form is subjective, only conjured and never beheld by the reader, but its moving words are heard directly and succeed in both dispelling the creature’s shroud of mystery and eliciting sympathy for the troubles it has endured. This prevents the story from becoming a one-sided account of the monster’s acts, which Dr. Frankenstein would most likely label as intentional and pure evil, and allows the creature itself to justify them and prove that alienation and rejection bred malice.

Through the conversations between Victor and his creation in the mountains, the reader is enlightened with the monster’s history and able to make judgments about its actions after learning the monster’s seemingly unbiased perspective; it divulges the good and bad details to Victor, but claims that the root cause for all acts lie in its desperation for a fellow creature. Originally able to persuade his creator to create a companion, the monster follows Frankenstein to a remote island to see its wish realized; near completion, Frankenstein destroys his work to prevent a potential “race of demons” in addition to the monster’s one chance at beating loneliness. Victor’s negligence toward his creation throughout the novel arguably turned it wicked, leading to: the monster’s strangling of William, framing (and eventual execution) of Justine, the murder of Henry Clerval and Elizabeth, and the inadvertent death of Alphonse. While the monster has a lengthy death toll, its innocence and benevolence are shown through its infantile reaction to spring and the elements, willingness to learn, collection of wood and admiration for the cottagers, enjoyment of books such as Paradise Lost, and the friendly recollection of the family that rejected it despite the kindness it had shown to them. The bad acts juxtaposed with the good revealed the monster to be essentially human, with the capacity to commit both extremes. The seriousness of its murderous rampage was dulled by its kindness and desperation for a companion. If Victor had accepted responsibility for his creation and tended to it, all horrid acts might have been avoided altogether.


The creature that Frankenstein had given life ended up destroying his own, but not because it was inclined to do evil upon creation. While the monster committed heinous crimes, their severity is somewhat lessened by the kindness it showed for the cottagers and its overwhelming desire to belong. All horrid acts of the monster could have been avoided by one of Victor’s: accepting the creature despite its grotesque, devilish appearance. The reader is able to sympathize with this monster, having done both horrible and generous acts, because he or she is able to see that an inherently innocent and kind-hearted creature was driven wicked by Victor’s rejection and hatred for it. The monster’s moral ambiguity ultimately lies at the heart of the tale and allows the reader to choose either Victor or the monster as the rightful lesser of two evils. 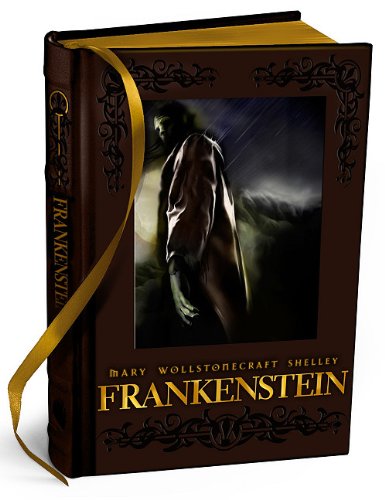 
Buy from Amazon
The author's comments:
I wrote this piece for my AP Literature class. The prompt instructed us to pick a "morally ambiguous" character and how he or she made an impact on the novel; I picked Frankenstein's monster! Hope you enjoy!
Post a comment
Submit your own

Favorite Quote:
Equal in weight, equal in size, equal in everything but my eyes. Love is a dark red world of pain with lightning flashes of happiness.

View profile
Reviews
the year i turned sixteen
By Anonymous