The House of the Scorpion | Teen Ink

The House of the Scorpion

The House of the scorpion is a great book , it is thrilling, exciting, clever, and very unique. This is a book that once you start to read there is no way that you can ever put it back down.

This is the story of Matteo Alacran a boy who is not quite like the rest of us. He is a clone. All he is a piece of DNA from El patron the lord of a country named opium. Matt's cell was placed into the womb of a cow and there it made it's way from cell to baby.

The book starts off when he is very young and knows nothing of what he is. He has never had any other human contact other than Celia the house's cook that takes care of him and the doctor that comes every month to check on him.. He lives in peace for a while in till one day his curiosity gets the better of his common sense ,and he shows himself even though he has been told not to, and for good reason too.

After that he is introduced to the Alacrans. They are the family that lives in the “big” house as Matt put it when he was still living in a small shed with his caregiver Celia. The Alacrans treat Matt as if he were no more than an animal , they loathe him because they think that as a clone he has no right to a human life. If not for El patron he would not even be treated right. As the story goes on Matt is given everything he wants, for El patron is very rich and powerful. Matt begins to love the old man , he is the reason that he was no longer being treated as an animal and he even gives matt one of his bodyguards ,Tam Lin, who in the end proves to be a great ally of Matt's .

But there is evil afoot at every turn in the book. Matt thinks that some of the people he has come to know and love truly love him but in the end he is still only an object that someone can use and then throw away.

He soon realizes that he is not safe and his only way to a normal life is to escape and run away . This is not easy, for he very different in ways others couldn't understand. As he runs he encounters problems and struggles to understand who he is and what he is. But with the help of friends and allies he at the end truly becomes a human. He understands it doesn't matter how he was born or how people treated him it is about what he made of his life and the choices he made. That is what truly made him human.

I would definitely recommend this book to anyone who is looking for a good book to read . It shows you that it doesn't matter where you come from or how you are raised that defines your fate in life , it is the choices you make and the direction you chose for your life to go. This is a very inspiring book that makes you want to get out there and make something of your life . Matt is a character that represents all of the things that we face in life and he also represents how determination will let you succeed in anything you do.

This book has been given numerous awards and I can see why it is one of the greatest books I have ever read . If there is anyone who would like a great book that will truly get into your mind and heart and stay there then this is the book that you should read it is inspiring and it has all sorts of adventures. It is a book I would give five stars to. 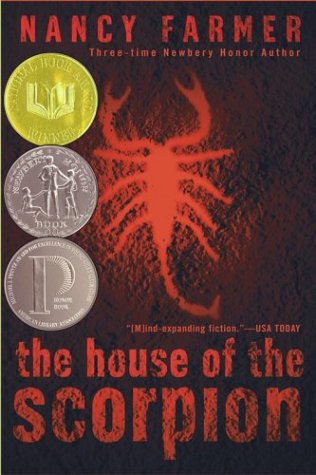 Favorite Quote:
"Whatever you are, be a good one" Abraham Lincoln

View profile
Good review. it is an outstanding book.
SilentQ said...
on Jun. 28 2009 at 6:05 am
SilentQ, Glendale, Missouri
0 articles 0 photos 21 comments
View profile
there are some spoilers and its a little long, but other than that it's good.