Ah, Twilight – the most controversial topic since tandoori chicken versus plain chicken. Yet here I sit, a critic with a laptop and a strong opinion, vying to obtain the lead role in the dramatic play that is the Twilight debate.

No, not Team Edward. Not Team Jacob.

Team Volturi: Make Them All Hide Under Rocks in Terror.

See, here's the thing: I'm pretty relaxed about what I read. Romance, mystery, fantasy, realistic fiction … I'll read anything with at least 200 pages. So, naturally, I sank my teeth into the romantic, vampire-filled, daring adventure of Twilight. Except the “daring adventure” part didn't exist.

When Bella moves to a new town and falls in love with a vampire (Edward), you would think some problems would crop up. And they do. Completely ordinary, regular, eye-roll-worthy teenage problems.

This Non-Dramatic Non-Drama involves commitment issues (there may or may not have been a runaway vampire somewhere in the series), jealous boys (Jacob, Jacob, and more Jacob), and that one group of haters continuously attempting to ruin the romance (Team Volturi for the win!). If you think about it, the entire series revolves around a typical high school relationship.

I will admit that Meyer has writing skill; sentences flow well and paragraphs complement each other in a way that suggests a professional writer who knows how to attract her readers, which does indeed describe Meyer. Thus, I have come to the conclusion that Meyer knows how to write – she just doesn't know what to write.

Boring, boring, boring. I yawned at least twice per chapter. Romance dominated the saga in a way that would make sense for an average romance novel, but not for a series involving supernatural creatures. I expected action; I expected adventure; I expected twists and turns and moments to make me gasp and hurl my book across the room, possibly knocking a snow globe off a shelf. Meyer gave me a rainy town, a love triangle, and a teenage pregnancy. 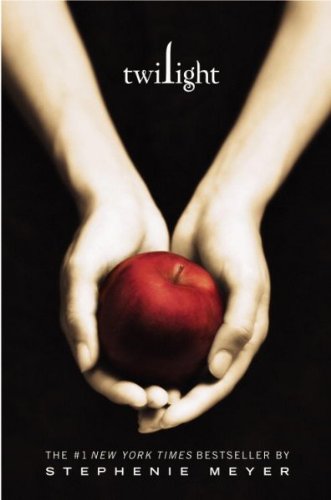 Favorite Quote:
“Those who have leadership thrust upon them, and take up the mantle because they must, and find to their own surprise that they wear it well.”-Albus Dumbledore

View profile
I love the way you said that Meyer has skill, she just doens't know what to write. I read the books because I wanted to know what everyone was talking about, and I agree with you 100%. Very well put review, I loved it and how you stated your opinions.
Lanimal SILVER said...
on Oct. 14 2014 at 4:20 pm
Lanimal SILVER, Thornton, Colorado
7 articles 0 photos 43 comments

Favorite Quote:
"To define is to limit." Oscar Wilde

View profile
Finally, someone put it into words. I've read Twilight and when people discover this, they expect me to say definitively whether I loved it or hated it, and don't like me saying a gray answer such as, "it's okay." That's simply what Twilight is: a well-written story without an original plot. I neither love it nor hate it. And finally someone else was able to eloquently express that. :) Thank you.
nelson said...
on Sep. 3 2014 at 8:48 am
I loved that story it was very good and awesome.
Lanimal SILVER said...
on Jan. 16 2014 at 6:15 pm
Lanimal SILVER, Thornton, Colorado
7 articles 0 photos 43 comments

Favorite Quote:
Love is like a wildfire; It knows no boundaries.- Em

View profile
Oh My Gosh I loved it!!!