The Hungry Tide by Amitav Ghosh

The Hungry Tide is a fiction novel by Amitav Ghosh, which will take the reader on a timeless journey through the Sundarbans forest that borders the easternmost coast of India and Bangladesh. Amitav Ghosh, after a tremendous success with his previous novel The Glass Palace, accomplishes yet again to leave the reader with a sense of nostalgia and yearning, long after the book has been read.

The story revolves around Piyali Roy, an Indian based American cetologist, and Kanai Dutt, a business man and interpreter from Kolkata, who meet over a cup of coffee (spilled, though) on a train in India. This soon paves way for an amicable conversation ending in Kanai inviting Piyali over to his aunt's place on one of the tide country islands, which sounds as remote as the chance of Piyali having any luck in acquiring the required permit for her research on the river dolphins in the Sundarbans. While Kanai dreads the prospect of spending ten days on the island on request from his aunt Nilima, he secretly hopes to kindle a spark with Piyali if she decides to avail herself of his invitation. But neither realises that the forest has so much more in store for them in its intricate rivers.

The book not only explores the wild forests, a dynamic universe in their own right, and the gamut of animals inhabiting them, but also the legends and myths that pepper the tide country, like its archipelago of islands. The author also delves into the more complicated wilderness, which are the people's minds, just as beautiful and dangerous, if not more.

Tension plays a major role in the progress of the story, much like the prevailing tides. The story often changes pace from a tranquil, poetic prose to an adrenaline pumping page-turner.

The Hungry Tide tells a mesmerising tale and is a must read for anyone craving adventure with a romantic touch. 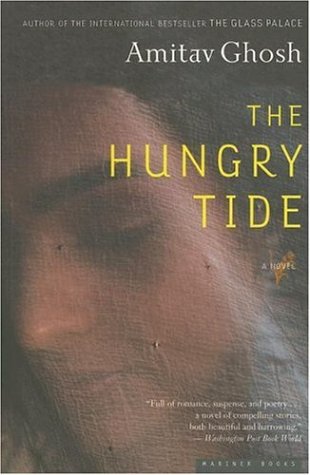 
Buy from Amazon
The author's comments:
Amitav Ghosh is my inspiration.
Post a comment
Submit your own