The Scorch Trials by James Dashner

THHRe: The Scorch Trials
#2 in the Maze Runner Series

After a seventh grade of watching people hug green-coated books with Dashner on them, I decided to check out the Maze Runner Trilogy. Following is my review of the second book, “The Scorch Trials.”

Even though Thomas and his Glader friends have escaped the maze, the time for running is far from over. WICKED is ready for Phase Two, to send his friends into the Scorch. The part of the world most hurt by the sun flares, the waves of heat that practically decimated humanity and most of the world, where they are tasked two weeks to get through it and survive.
There, they will face anomalies of nature and people devastated by the Flare, the disease that has brought humanity to its knees. Will they survive the trials? And what awaits them if they even do?
I’ll give it to you: sequels are tough to write, and even harder to write them well. So, when you put that in mind, my review should probably be softened.
There were definitely some interesting elements introduced here. The technology of an apocalyptic, extremist world were portrayed in an unquestionably fascinating way (i.e., “head-eating balls”), and the concept of a group B with reversed genders were certainly enticing.
But there were several big beef issues I had with the book. I didn’t quite warm up to Brenda, newcomer toughie with sass to spare. She seemed in too many ways too conveniently coincidental. I’m interested to see how the movie portrays her.
I was even more outraged to find out where Teresa’s exploits led—those, I still feel are a bit too harsh. Mr. Minho’s unstoppable attitude was annoyingly excessive at [too many] times. And the Cranks…oh, the Cranks. They took the book to a completely different tone to what had been set up in the first; personally, I wasn’t quite able to embrace the change. 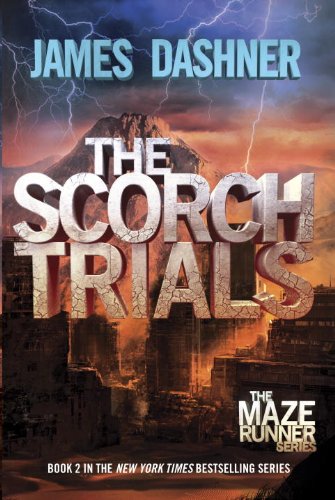 
Buy from Amazon
The author's comments:
What does "THHRe" stand for? Good question! It's THE HOLY HITCHHIKE’S REVIEW...A shorter version of the Hitchhike, reviews of books, movies, music, and just about anything you can dream up. Enjoy, and let loose your commentary and suggestions below. A new column of THH every Friday!
Post a comment
Submit your own