#1 in the Wildwood Dancing Series

Jena and her sisters keep a greatest secret: at the night of the Full Moon, they travel from the human world into the brilliant wildwood, filled with mystical creatures, fairies, and magic. But when their father’s health forces him to embark from the castle and other circumstances allow the peremptory cousin Cezar to abuse control, Jena must fight to keep safe their sisters, the wildwood, true love, and their own independence.

The moment I picked up this book, its magic captured me immediately. It did not matter I had already read it; it merely enhanced the experience. Wondrously written with a breathtaking cover, the characters I met were not only people I admired in their courage, daring, and honesty, but they were also heroines with resounding practicality and dreams. In every page, there was lyricism in Marillier’s voice. I found myself relating to Jena completely and remorselessly, from her worries and frustration of her sisters to values of personal freedom.

And I was also astounded with happiness to how vampires were redone in this book. Ever since a certain Bella Swan graced the shelves, controversy has easily tainted the mythical creature’s name. This book applies thankful, saving grace to the notorious creature.

Another of the abundant reasons to love this charming book was it captured the true spirit of fantasy so lately lost in Young Adult books lately. It has everything: high adventure, intrigue, dashing love, you name it. While still sprinkling in beloved fairy tale elements and staying meaningfully sweet, this was one of the few, timeless books that shapes the way you view and love fantasy. 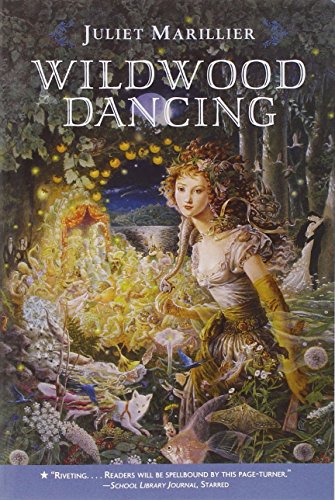