Favorite Quote:
"a life you love," sydney carton to lucie manette, a tale of two cities

Red Queen by Victoria Aveyard is one of the best books I’ve ever read. It’s easily a light read, but at the same time it’s also deep enough for the reader- like the main character, Mare- to feel strong emotions and be provoked throughout the story. And by the time the last page is turned, it’s likely there’s no one word to describe what the reader’s feelings are, good or bad.
Mare is a seventeen year old Red. Now, to understand Mare’s situation you’ve got to understand the fine line between Reds and Silvers, and that line’s very, very clear. The main problem with Reds is, they’re not special. They can’t control lightning or fire, tear pillars apart by waving their arms; they can’t drown a person using only their will and hands or search a person’s mind and hurt them from there. Because the thing is, Silvers- defined by their powers and silver blood- can do that.
And that's why Silvers rule.
Mare meets a nice Silver on the way home, after her sister’s hand is broken by another, preventing her sister from continuing her apprenticeship as an artisan. After hearing her story, he gives her two coins, and the next day Mare’s hired to work at the Silver king’s castle. Soon, word gets out that there’s a Red rebellion and Mare is caught up in the seemingly eternal life-or-death situation shortly after.
Full of heart wrenching plot twists, I’d describe Red Queen as an adventure-thriller-fantasy sort of book, with a bit of romance and mystery in between (and don’t forget death!). Based off of magic bloodlines, Red Queen’s in tune with the readers, and by the time I finished reading, I was envious of some characters, holding a grudge against others, and mourning the fate of one of my favorites.
To put it simply, there’s no fantasy book I’d recommend first before Red Queen. It’s magnetic to both girls and guys, terrifying and exciting at the same time, and has the right amount of everything. 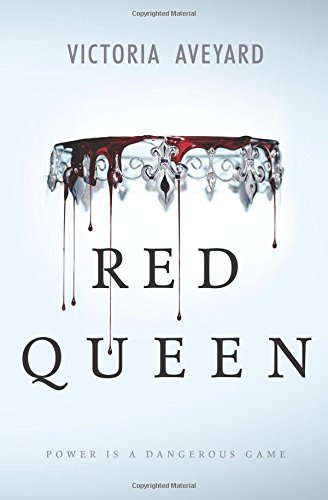 After I finished the chapter, I literally could not put the book down. Red Queen's one of the best books I've read in a long time.