A Good Man Is Hard to Find by Flannery O'Connor

Hailing from the South is the story combo that will set in stone the identity of Flannery O’Connor—short stories laced in truth, good solid Christian faith, as well as often blood-letting horror sum up as several great adventures into the unknown. Those frontiers venture into the hearts of good ordinary people, those “displaced persons,” even, and the realities they discover to be defined with poker-faced humor, a flaming pen, and characters that sure weren’t in the Bible, but sure should have been.

O’Connor writes with a vengeance refreshing as lemonade ice in the southern summer; her characters are hardy and have mean eyes open, lips tooting, and hard boots tapping the ground. Her stories are not for the faint of heart, not in that they embody particularly gruesome images or instances, but emblem people who carry their self-assurance with their money. Her stories encompass impossibly living people. People, whose lives suddenly spew over despite the frame of a short story. The humanity and the cruelty are unbearable, especially set side by side, and readers will lick the frothing residue right off the page.

Her voice truly flies; it’s sharp, while clean, and rich with all the spring blooms of a grand plantation field. She takes every character head on, penning with a ferocious might that has only further defined what we call today great American literature. The fuses are lit as her writer’s voice meets the imagined people of real life; they explode in a sense of passage as they meet in the middle. All encircling, the fierce dedication of hard-boiled Christian knowing knits a curious yarn between stories, for Flannery herself claimed to write to reveal the grace of God in everyday acts. And it mirrors the fascinating readers have grasped in her writings over the century, the influenced among Charles M. Schulz (creator the popular comic strip Peanuts). No matter what it is, she’s got an audience. 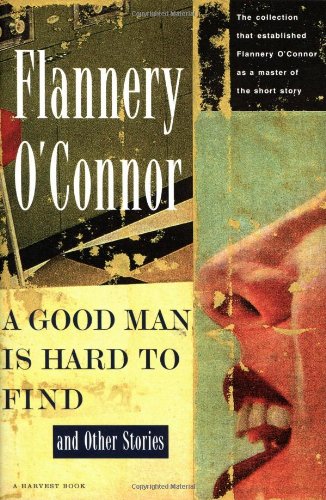 View profile
@KittyKat1419: Gracias for those kind words on my review! (Gotta love Flannery O'Connor...) Also, I took a peek at your writery portfolio. Your writer's voice is very direct, and clean. I think you're totally on the right track. To develop a hand for reviews, I would suggest writing reviews on literally anything you pick up--so you can really explore your range and get used to writing about different things. But above all, keep at 'em. Keep writing. :)
SomeoneMagical PLATINUM said...
on Jul. 27 2015 at 7:28 pm
SomeoneMagical PLATINUM, Durham, New Hampshire
22 articles 1 photo 259 comments
View profile
This is a very well written review: I myself have written 2 and could really use the feedback from an expert in the reviews like yourself!